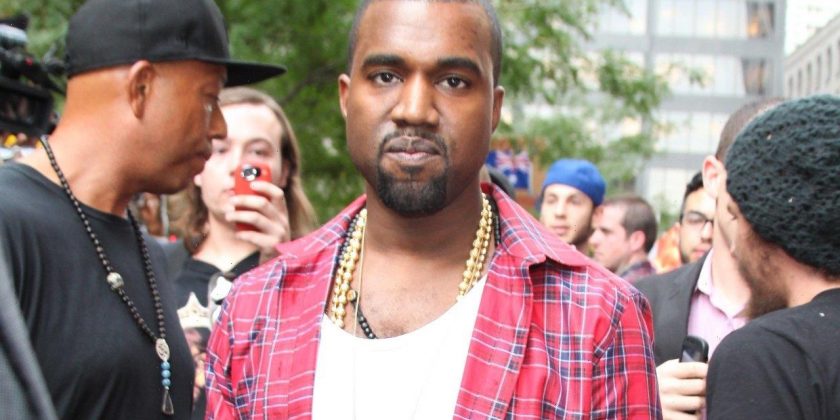 The Yeezy designer is reportedly escorted out of Skechers’ corporate headquarters in Manhattan Beach after making an unannounced visit with a camera crew.

AceShowbiz –Kanye West is not welcomed at Skechers. The Yeezy designer was reportedly escorted out of Skechers’ corporate headquarters in Manhattan Beach after making an unannounced visit with a camera crew on Wednesday, October 26.

A Skechers spokesperson confirmed the report, saying in a statement to TMZ that the “Donda” artist “arrived unannounced and without invitation at one of Skechers’ corporate offices in Los Angeles.” The spokesperson added, “Considering Ye was engaged in unauthorized filming, two Skechers executives escorted him and his party from the building after a brief conversation.”

It’s unclear what Ye was trying to do with his visit. However, it seemed like the rapper-turned-designer was hoping to meet Skechers executives to talk about a potential partnership between the sneaker brand and his Yeezy clothing. Skechers, however, stated that it has no interest in partnering with Ye.

“Skechers is not considering and has no intention of working with West,” the company’s spokesperson divulged. “We condemn his recent divisive remarks and do not tolerate antisemitism or any other form of hate speech. Again, West showed up unannounced and uninvited to Skechers corporate offices.”

The visit arrived after both adidas and Gap ended their respective relationships with Ye in light of the rapper’s recent antisemitic comments. Gap announced on Tuesday that its Yeezy Gap partnership ended in September. It also pulled the rapper’s Yeezy Gap line of merchandise from its stores and shut down YeezyGap.com.

“Our former partner’s recent remarks and behavior further underscore why we are taking immediate steps to remove Yeezy Gap product from our stores,” the retailer shared. “Antisemitism, racism and hate in any form are inexcusable and not tolerated in accordance with our values. On behalf of our customers, employees and shareholders, we are partnering with organizations that combat hate and discrimination.”

As for Adidas, the footwear brand said in a statement, “Adidas does not tolerate antisemitism and any other sort of hate speech. Ye’s recent comments and actions have been unacceptable, hateful, and dangerous, and they violate the company’s values of diversity and inclusion, mutual respect, and fairness.”

“After a thorough review, the company has taken the decision to terminate the partnership with Ye immediately, end production of Yeezy branded products and stop all payments to Ye and his companies. adidas will stop the adidas Yeezy business with immediate effect,” it continued.

In other news, it was said that Madame Tussauds was the latest company to distance itself from the ex-husband of Kim Kardashian amid his scandal. Kanye’s wax figure has been removed from the museum.