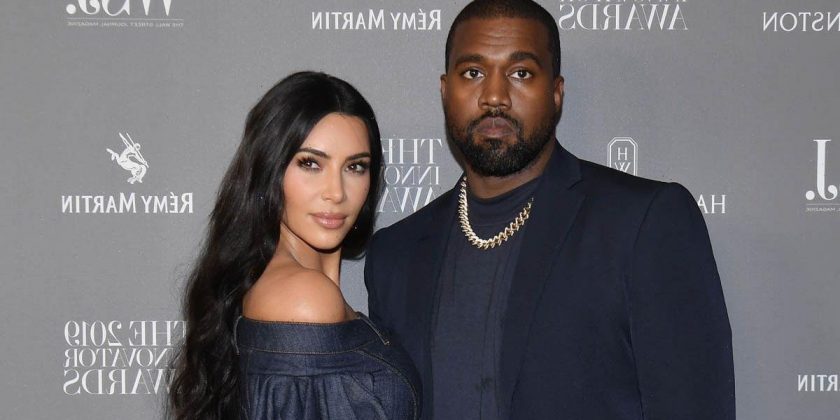 Kanye West has pleaded with God to bring his family back together again amid his ongoing divorce from Kim Kardashian.

The 44 year old rapper has recently been involved in a public argument with his ex, accusing Kim of not letting him see their kids and slamming her for letting North use TikTok "against his will".

Kim then hit back with an accusation that Kanye was trying to "control and manipulate" the situation.

Kanye has spoken now out again, following the release of a Vogue photoshoot featuring Kim and the four children he shares with her – North, eight, Saint, six, Chicago, four, and Psalm, two.

Posting a set of images from the shoot, which feature Kim playing with their children, the rapper wrote: “GOD PLEASE BRING OUR FAMILY BACK TOGETHER."

In the interview, Kim speaks of her divorce from Kanye, who she was married to for almost seven years.

The 41 said: “For so long, I did what made other people happy. And I think in the last two years I decided, I’m going to make myself happy. And that feels really good.

“And even if that created changes and caused my divorce, I think it’s important to be honest with yourself about what really makes you happy. I’ve chosen myself. I think it’s okay to choose you.”

Kanye, who has been linked to actress Julia Fox since his split from Kim, posted a lengthy message to social media last week with various accusations about his ex partner.

As the former couple's bitter feud shows no sign of slowing down, Kanye has demanded that the Kardashians' Chief Marketing Officer Tracy Romulus "stop manipulating Kim" in further accusations.

Their recent row began when Kanye shared his anger over eldest daughter North being on TikTok, claiming she was on the video sharing platform "against his will".

“SINCE THIS IS MY FIRST DIVORCE I NEED TO KNOW WHAT I SHOULD DO ABOUT MY DAUGHTER BEING PUT ON TIK TOK AGAINST MY WILL?” Kanye captioned a screenshot of his child, which he shared on Instagram.

After Kim's lengthy statement, Kanye took issue with his ex's claim that she is the "main provider and caregiver" for their children.

The musician also claimed that his ex-wife had been preventing him from having a relationship with his children.

"America saw you try to kidnap my daughter on her birthday by not providing the address," Kanye went on.

"You put security on me inside of the house to play with my son then accused me of stealing."

The star also claimed he was made to take a drug test after his daughter Chicago's birthday party because Kim "accused" him of "being on drugs". "Tracy Romulus stop manipulating Kim to be this way…" Kanye added, attempting to put the blame on the mother of his children's staff.

Earlier on Friday, Kim told her followers in retaliation to Kanye's initial post: "Kanye’s constant attacks on me in interviews and on social media is actually more hurtful than any TikTok North might create.

"As the parent who is the main provider and caregiver for our children, I am doing my best to protect our daughter while also allowing her to express her creativity in the medium that she wishes with adult supervision – because it brings her happiness."

"Divorce is difficult enough on our children and Kanye’s obsession with trying to control and manipulate our situation so negatively and publicly is only causing further pain for all," the star, who is currently dating comedian Pete Davidson, continued.

For the latest updates on your favourite celebs, sign up to OK!'s daily celebrity newsletter.