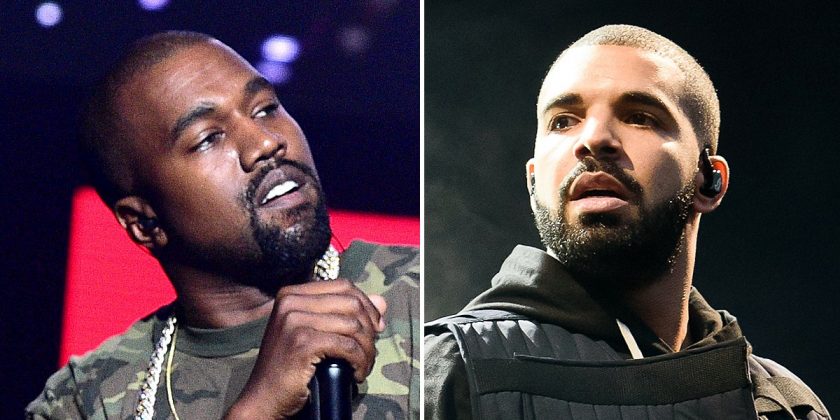 Called out! Kanye West addressed his feud with Drake on Twitter and claimed that the Canadian rapper has been in touch with members of the Kardashian-Jenner family.

West, 41, shared a screenshot of a request he received from Drake, 32, and then began ranting about their strained relationship.

“Still need that apologetics’s for mentioning the 350s and trying to take food out your idols kids mouths. Been trying to meet with you for 6 months bro,” West tweeted on Thursday, December 13. “You sneak dissing on [Travis Scott] records and texting Kris [Jenner] talking about how’s the family.”

“I told you I ain’t tell Pusha about your son. It’s all love bro but don’t play with me. You stay too close to be playing all these industry games bro,” the “Famous” rapper added on Twitter. “Sending purple emojis when I’m dealing with mental shit. I need my apologies now. Not through Scooter either. Not through Travis.”

West also expressed that he “would never intentionally try to hurt” the Degrassi alum and he “never even heard none of the diss records. That ain’t my MO never did a diss record.”

“Buying first rows at Pusha show got me hot bro,” he continued. “Stop this already bro. You getting people hurt out here. And over what.”

The “I Love It” rapper posted a bible verse before revealing, “Drake finally called. Mission accomplished.”

West previously addressed the situation on Twitter in September, apologizing to Drake for the “confusion” and vowing to support his Aubrey and the Three Migos tour.

Meanwhile, the “God’s Plan” rapper previously addressed his tension with West during an interview with HBO’s The Shop. In October, Drake admitted that he told West about Scorpion and felt betrayed when Pusha discussed the younger in his “diss song.”