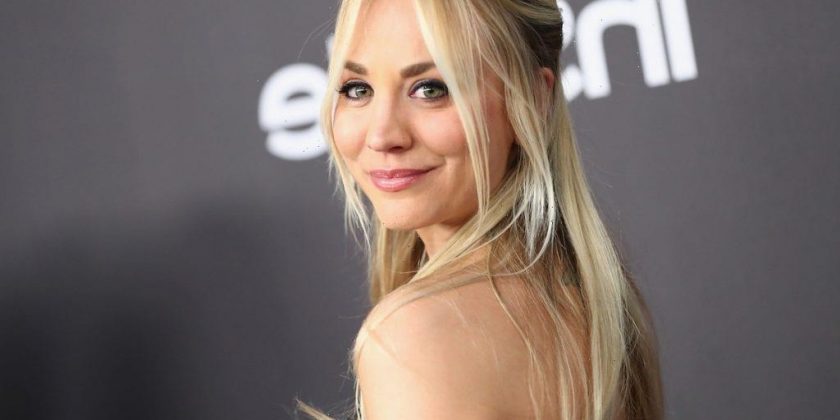 Fans will always think of Kaley Cuoco as Penny from the CBS television sitcom The Big Bang Theory. But, now that the long-running series is over, Cuoco has replaced Sheldon’s nerdy apartment for an airplane.

The 35-year-old actor starred in The Flight Attendant, a story about a woman with a drinking problem that wakes up in bed next to a dead passenger. Cuoco was the executive producer on the successful HBO Max series, which is slated for another season.

While playing this new role, the bubbly neighbor from across the hall became obsessed with a skin cream. Unlike some other products she uses, it is affordable and readily available.

If you are looking for something to keep your skin soft, check out Cuoco’s suggestion for her favorite moisturizing balm.

Who is Kaley Cuoco?

The accomplished actor recently signed an exclusive multi-year deal with Warner Bros. TV, extending her relationship with the studio. According to The Hollywood Reporter, the deal gives her company, Yes, Norman Productions, the ability to develop programming. She will work with all platforms, including HBO Max streaming.

Cuoco said of the deal, “Warner Bros. has been my home away from home for as long as I can remember, which makes this partnership so special on every level. I look forward to much continued success with my extended family.”

America’s favorite neighbor got her start at a young age in the entertainment industry, working as a model and child actor. IMDB reports that she worked with John Ritter in 8 Simple Rules before being cast as Penny on the Big Bang Theory.

After 12 seasons on the Emmy Award-winning series, Cuoco was earning $900,000 per episode, making her one of the highest-paid actors in television. Celebrity Net Worth reports the busy actor has an estimated net worth of $100 million.

What Cuoco can’t live without

The Golden Globe nominee knows a thing or two about a hectic schedule. She has found some products that help make her life easier, saying she can’t live without some of them.

In an interview with The Strategist, Cuoco said Egyptian Magic All-Purpose Skin Cream is her favorite go-to product, saying, “I apply it absolutely everywhere: my hands, lips, neck, elbows, face.”

The avid equestrian revealed that her makeup artist on The Flight Attendant introduced her to the product. She said she “ended up ordering a ton,” explaining, “I use it if I have any sort of chafing or irritation.”

The Picture Perfect actor also said her Rollga Foam Roller releases tension and has changed her life. She also admits to not being able to live without her Kashwere Blanket, Justin’s Honey Almond Butter, and her favorite Nespresso VertuoPlus coffee maker.

Cuoco also recommends Olly Miss Mellow Supplements for mood enhancement. It is no surprise this is one of her go-to products, considering she is an ambassador for the brand. Hello recently revealed how fans couldn’t get over how relaxed and balanced the actor looked in a paid endorsement Instagram post promoting Olly.

Cuoco is obsessed with this cream

Egyptian Magic All-Purpose Skin Cream is a favorite among celebrities. Packed with anti-aging antioxidants, the product creates a barrier that flawlessly protects the skin.

The moisturizing balm creates a healthy glow that has attracted a cult-like following among loyal users. It consists of only six all-natural ingredients, including honey, olive oil, beeswax, Royal Jelly, bee propolis, and bee pollen.

According to the Egyptian Magic website, the multipurpose cream does not contain “additives, preservatives, fragrances, chemicals, or parabens.” The affordable cream retails for only $32 and is a must-have product.