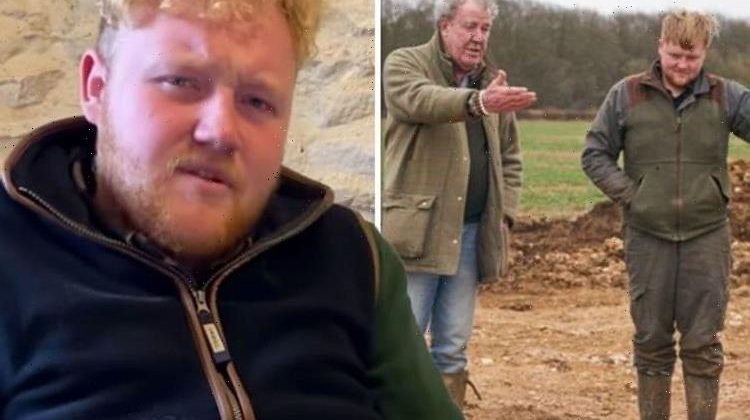 Clarkson’s Farm star Kaleb Cooper, 21, has received mixed reviews in response to the news that he has teamed up with fast food giant McDonald’s for their latest campaign. The farming expert, who rose to fame as Jeremy Clarkson’s sidekick on the Amazon Prime Video series, took to Instagram this evening to share a video from his work with the restaurant chain.

He wrote in view of his 936,000 followers: “#AD @McDonaldsUK got me to trade in my tractor for the day for one of its trucks.

“I was shown how the used cooking oil is turned into biodiesel that powers over half of its delivery trucks!

“Check out my video to see how McDonald’s (and me) is powered by fries #PlanForChange.”

In the clip, Kaleb tells the camera: “Hello, I’ve left the tractors and the countryside behind as McDonald’s is doing something very interesting with their delivery trucks and I want to find out more.

“I love fries and I love the environment. How can the two possibly be linked?”

Kaleb then spoke to McDonald’s Sustainability Officer Sasha Segar, who explained: “Used cooking oil is then converted into biodiesel that powers more than half of our delivery trucks.”

“More than half?” Kaleb exclaimed in response, seeming stunned by the news.

Kaleb went on to take a spin in a McDonald’s delivery truck, while enthusiastically shouting out of the window: “The power of fries!”

Despite Kaleb’s excitement over the campaign, some Instagram users accused the star of being a “sell out”, as they claimed McDonald’s hasn’t consistently been an  environmentally conscious company.

studiolinedesigns_ commented: “Don’t sell your soul to the devil.”

iam_this_iam said: “Sold yourself out there Kaleb to the people who are taking your business wakes wakey.”(sic)

“Dare I say, bet you have an agent and someone running your social media for you as well.”

mike197uk added: “Kaleb. I like you mate your funny.. but this isn’t gonna be received well.”

However, others rushed to defend Kaleb, including davengeorgia, who wrote: “Why are people hating on kaleb? So what he made an ad with McDonald’s and got paid for it congratulations to the man he has a family to provide for!

“Why is it whenever someone starts doing well in life some people have to hate on it and try to find problems like any of you would say no if McDonald’s got in touch and said we will pay you x amount of thousands to do this ad with us!

“Not at all youd all jump on it just like me just like any normal person would leave the man alone and let him enjoy his moment if you dnt like it scroll past and dnt comment at all!!!! Rant over and congratulations kaleb I can see you having a bright future mate and you deserve it!”(sic)

outdoordavegb: “@cooper_kaleb don’t let the haters get to you! Remember 90% of the Corporate haters have either eaten there or not eaten there so mostly their arguments are not valid. McDonald’s buy British farm.”

allanblackesq said: “Well done, thanks for sharing. Hope more follow in their footsteps.”

madmarv4life responded: “All comments prove that McDonald’s isn’t as bad of a company as what people want to believe. I don’t get the hate at all.”