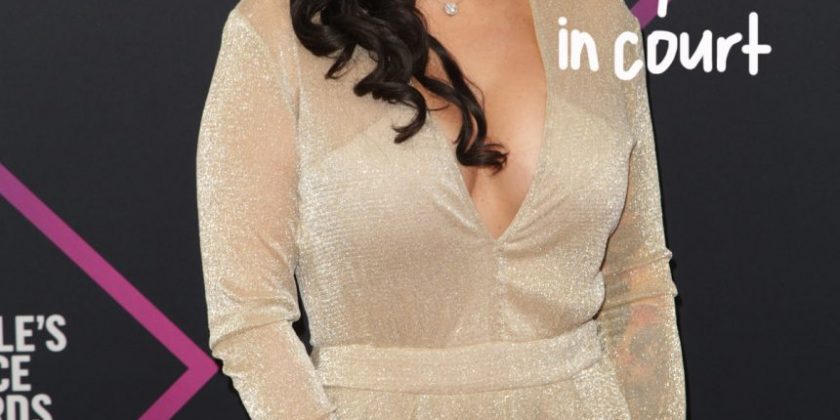 The Jersey Shore star is speaking out after her ex-husband’s recent, scathing response to a video and letter she posted as alleged evidence of domestic violence and abuse against her.

As we reported, the video in question shows the estranged couple physically fighting and shows Roger grabbing Jenni and throwing her to the ground.

In Mathews’ response, he denied all claims made by his baby momma while calling her nothing but a liar. The NJ native also claimed to be suffering “economic damages” through this whole ordeal, while boldly asking Jenni’s legal team to have her psycho-evaluated for her behavior that resembles someone who has a “personality disorder with narcissistic tendencies.”

On Friday, JWoww’s team released this official statement (below) to ET in response to Mathews’ rant:

“The accusations in the letter produced by Mr. Mathew’s counsel to the court lack merit, foundation and basis. They are laced with false statements and voluminous efforts to further intimidate and bully a young mother: a survivor of domestic abuse. Moreover, they are a transparent and desperate ploy to deflect away from the hard, cold facts, none of which appear to have been responded to. The bottom line is that when a parent acts to protect the safety and well-being of their children, they are following through with their responsibility. It is this responsibility that Jenni Farley is focused on: working tirelessly to support these beautiful children and to set up a positive coparenting plan with their father that works for the benefit of Meilani and Greyson.”

Based on this statement, it sounds like things will only get worse as both parties and their legal teams vow to prove their side of the story in court.

This all comes after months of back and forth, that resulted in Farley filing for divorce in September 2018, as she was granted a temporary restraining order against her ex in December of that year.

The estranged couple’s two kids Meilani and Greyson are currently in their mother’s care, and a source close to the MTV personality tells Radar Online that she intends to keep it that way:

“She is going to fight for those kids now, she is ready for war. She will get full custody.”

We will keep you updated as the situation develops.