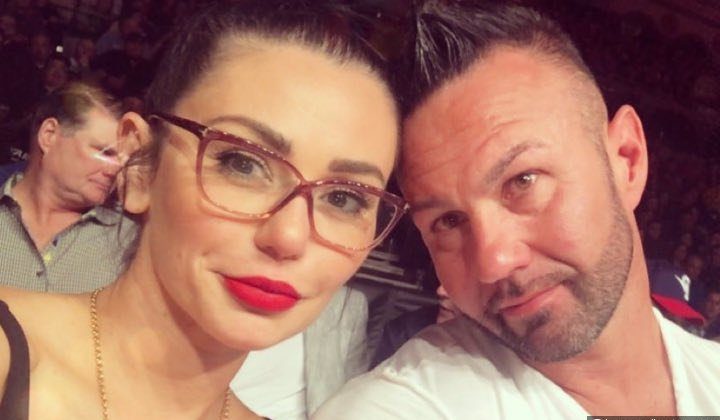 AceShowbiz -Considering all the drama that is happening between Jenni “JWoww” Farley and her estranged husband Roger Mathews, it comes as no surprise that the two opt to celebrate Christmas separately. However, the mother of two is allegedly feeling sad that she can’t spend the holiday with him.

“Jenni and Roger will for sure be spending the holidays apart this year and though that makes Jenni sad, she know it’s in her best interest,” a source tells HollywoodLife.com of the former couple, adding that the “Jersey Shore” star is “looking forward to just being with her kids, her dad and some cousins and friends” on Christmas.

Referring to the recent extortion case involving her and her other ex, Thomas Lippolis, the source continues, “She is still so shocked over the extortion case and wants a quiet holiday at home with the ones she loves most.”

After almost three years of marriage, JWoww filed for divorce from Roger in September of this year, citing “irreconcilable differences” as reason for separation. Their divorce doesn’t go smooth sailing though, as she slapped the 43-year-old businessman with restraining orders earlier this month after the two got into a heated argument. Despite that, she still let him meet their children.

Her marital drama aside, at least JWoww still got a lot of things to be thankful for this year. Recently, the 32-year-old MTV personality expressed her gratefulness for the endless support that she received after her son Greyson’s autism diagnosis.