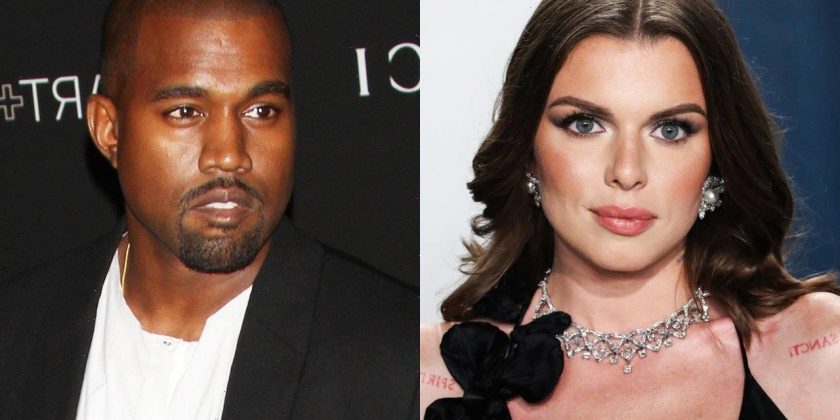 In a new Instagram post, which has been deleted, the ‘Uncut Gems’ star points out that she made the initial comments without being aware of the rapper’s latest posts about Pete Davidson, Trevor Noah and D.L. Hughley.

AceShowbiz –Julia Fox seemingly is having a change of heart. In a new interview, the model backtracked on her comments about Kanye West being harmless.

In a new Instagram post, which has been deleted, Julia noted that she made the comments without being aware of the rapper’s latest posts. “I would like to point out that I had not seen the latest Instagram posts at the time of this video,” the “Uncut Gems” star reportedly clarified.

“Believe it or not I have a life and a son, and I don’t have google alerts for this man!” she added. She went on to explain, “I thought this question was in reference to the music video. Yeah I could just not answer questions but then it would be ‘Julia is mad she salty’ etc and I’m not! It’s a real catch 22 so please stop F’n asking me!”

She was referring to the music video of Kanye and The Game‘s collaborative single “Eazy”. The clip saw a claymation version of Pete being kidnapped. In the interview, the ex-girlfriend of Ye continued, “I wish I had the answers, but I do not. I would like to remain an Indie Queen. The mainstream life isn’t for me.”

The actress previously suggested that the “Donda” rapper is “harmless.” Speaking with TMZ, she said, “No, no, no, no, Kanye’s harmless. I just think that’s his artistic creative expression,” she told the news outlet. “I know it’s aggressive, but I think if it really came down to it, I don’t think Kanye would hurt a fly.”

The remarks arrived after Kanye was banned from Instagram for 24 hours. The company claimed that the “Gold Digger” spitter violated its policies on hate speech, bullying and harassment with his post regarding Trevor Noah, Pete and D.L. Hughley.

In one of his posts, Ye claimed that he was “really concerned” the “Saturday Night Live” star would get Kim and their four children “hooked on drugs.” He also blasted Trevor with a racial slur after the latter blasted him over his endless online harassment against Kim Kardashian and Pete.