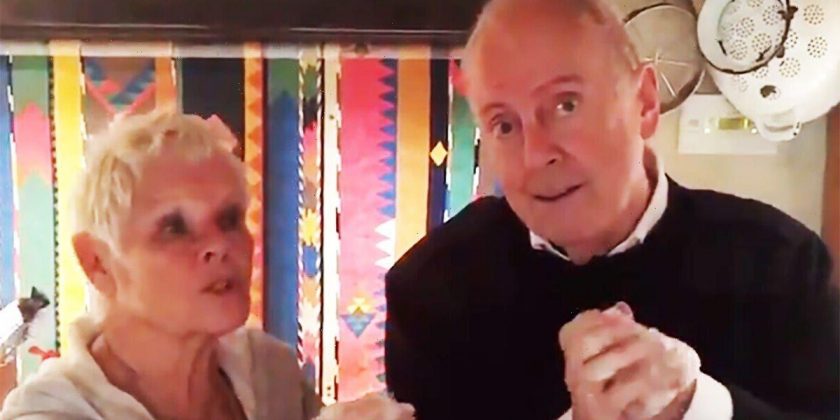 Judi Dench, 87, and Gyles Brandreth, 74, are joining forces once again this Christmas as they take to the Gielgud Theatre in London’s West End for a series of shows to discuss the iconic actress’ life and career.

The ‘in conversation’ evening will include a Q&A-style discussion about Judi’s seven decades in the business before delighting viewers with a star-studded Christmas party filled with a selection of A-list imaginary guests.

In an exclusive interview with Express.co.uk, Gyles shared his excitement to be taking to the stage with Judi once more.

He said: “It couldn’t be more exciting, we are doing a series of Christmas shows called I Remember It Well, because we don’t remember it at all!”

The This Morning regular then quipped that Judi is often forced to give him a few subtle signals for when he is talking too much. 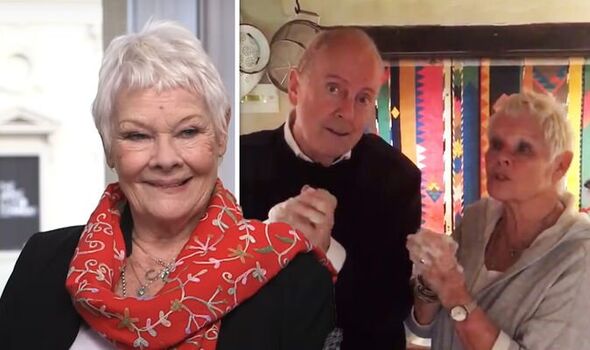 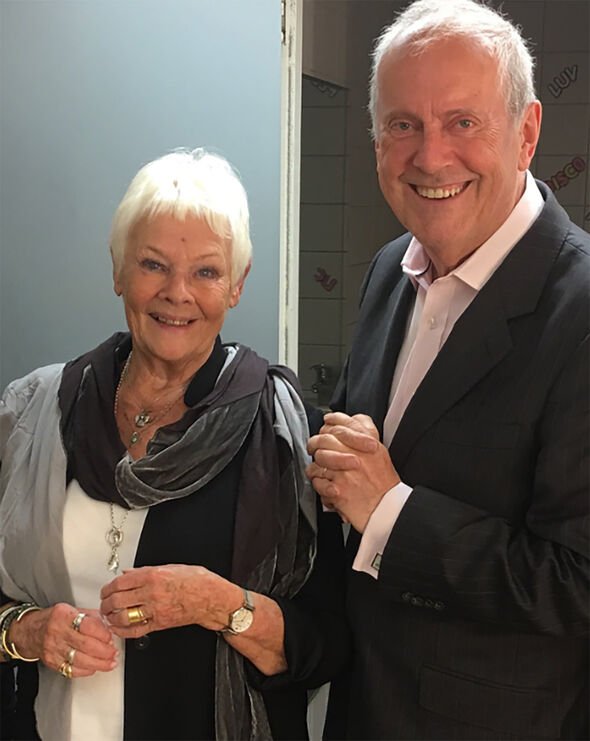 He went on: “I think we are both there so that we can prompt each other.

“She forgets the stories she wants to tell and she is supposed to give me a signal, pulling her right ear, to say, ‘It is your turn to speak now’, and then she pulls her left ear if she wants me to shut up!

“But we keep getting confused and she pulls her left ear and I shut up but she tells me, ‘You are supposed to speak now’.”

Gyles also recalled his first encounter with the Oscar winner back in 1960 and how Judi’s long-standing career will play a huge part in their upcoming show. 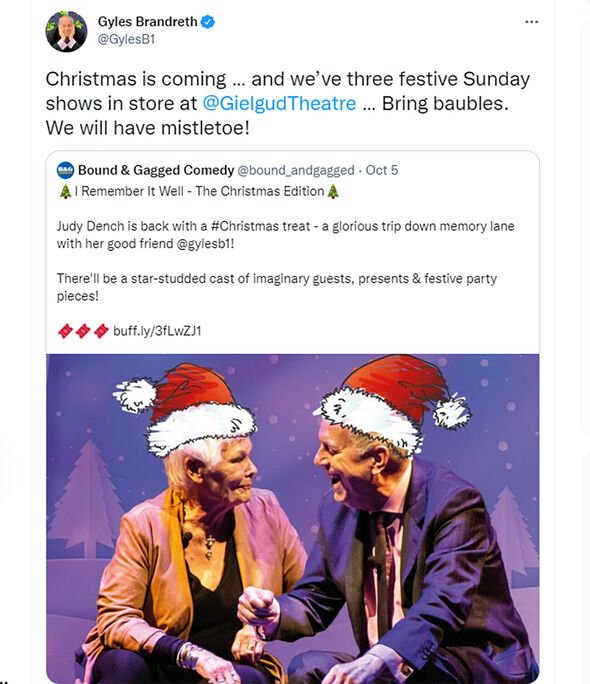 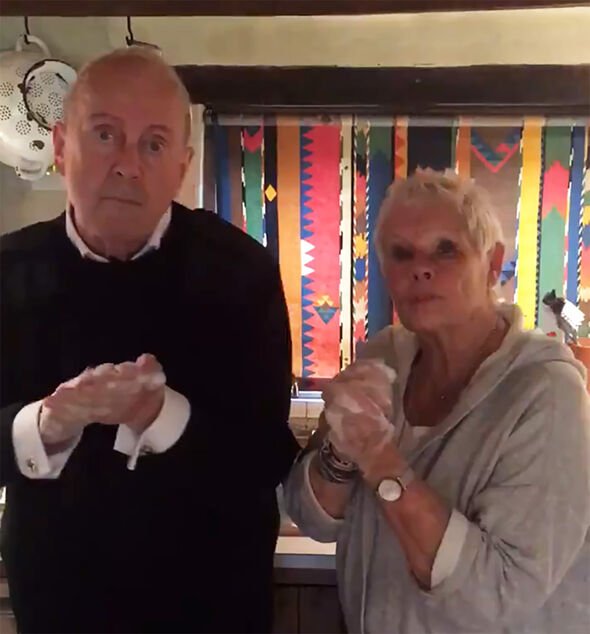 He continued: “We are talking about Judi’s amazing life and career which goes back to the 1950s.

“I first saw her on stage in Romeo and Juliet when I was a schoolboy back in 1960!

“And it is also an imaginary Christmas party and she will be having guests like Billy Connelly and the various James Bonds that she has worked with over the years.

“It is going to be very special and great fun.”

The show will kick off on November 27 with other dates on December 4 and December 18. Tickets are on sale now.

It comes as Gyles has also released a brand-new book, A History of Britain in Just a Minute, which has been dubbed a “hilariously addictive romp through British history” and written as though he was playing the popular BBC Radio 4 game, Just a Minute.

“The idea is, if you want to, you can play the book at home like a game.

“Give somebody a subject, like Guy Fawkes, and see how they do against the clock. Then, you can read my version and see if I’ve done any better.

“Although, I don’t think I got everything right so don’t get the book to help you through your GCSEs!”

A History of Britain in Just A Minute by Gyles Brandreth out now RRP £16.99 (BBC Books).