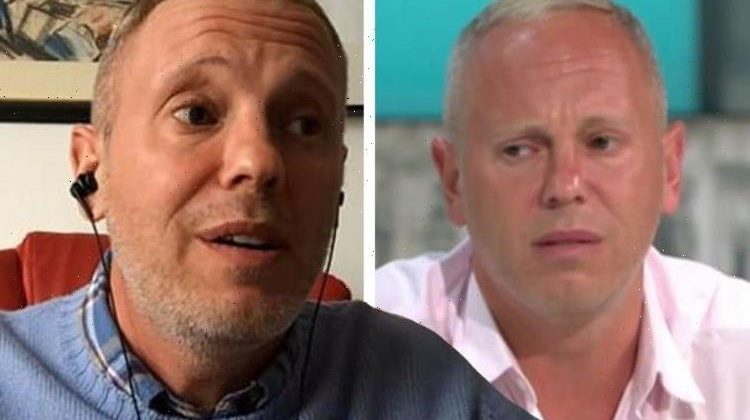 In the wake of the conclusion of the all-important COP26 summit, all countries agreed to take the necessary steps to strengthen global commitments to protecting the planet. The figures from the conference left millions of people in shock, and among them was Judge Robert Rinder, 43, who has since been taking his own steps to reduce his carbon footprint.

We’ve all got to try harder to drive less

In his latest column for the Evening Standard, the ITV judge reflected on the amazing time he had presenting Good Morning Britain as a guest host, alongside his good friend Susanna Reid.

And while he enjoyed the on-screen goings-on and the hustle and bustle of backstage, getting to the studios at such an easy time in the morning meant he had to catch a taxi into the city, instead of using his beloved Tube – which he admitted he “adores”.

Explaining how “reckless” it felt to drive into work on the back of weeks of “terrifying” COP26 figures, Robert sighed as he admitted he “almost misses the empty streets of lockdown”.

“The quantity of gas-guzzlers on the roads is just terrible for the city and the planet,” he wrote.

“Not only that, it seems to be getting worse (just ask any taxi driver).

“As people head back to work, London has started to feel like one enormous, honking, grimy car park.

“On the back of weeks of terrifying COP26 figures, this just feels reckless.”

He went on: “It’s amazing to have life getting back to normal, but recently — and I never thought this could happen — I’ve almost missed the empty streets of lockdown.

“We’ve all got to try harder to drive less.”

That won’t be so hard for the TV star, who confessed he’s “never been much of a driver”.

“Firstly, because I don’t really have to — and no, that’s not because I’ve got limos and chauffeurs up the wazoo,” he joked.

“It’s because London’s got one of the greatest public transport systems in the world (when it works). I adore the Tube.”

He gushed over his dream that Transport for London will one day make a “Rinder Line”, that will be “sparkly” and will only stop as Golders Green, Islington and Parliament Hill Lido.

And, he wasn’t afraid to tell the world that he failed his test four times before eventually passing, with his driving instructor suggesting it might not be for him.

“I don’t drive out of respect for other road users,” Robert chuckled.

“It took me five goes to pass my test.

“On one of the early tries, after some ticklish manoeuvre (I think it was called ‘going forward’), the examiner asked if I was trying to kill us both.

“He stopped the car and, as we walked back to the station, suggested driving might not be my thing.”