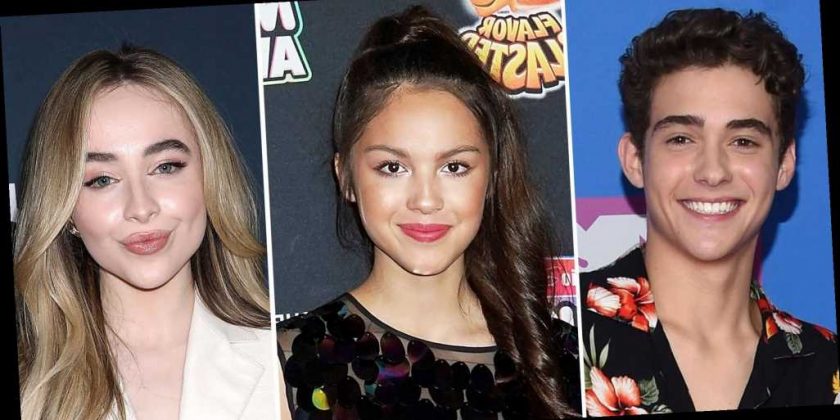 The drama continues! Joshua Bassett released a new single, “Only a Matter of Time,” amid his drama with TV costar Olivia Rodrigo.

The High School Musical: The Musical: The Series star, 20, dropped the track on Thursday, January 28, saying in a press release that he wrote it in the “summer of 2020.”

The Stuck in the Middle alum explained that “Only a Matter of Time” was created in a “moment in time where social media was bringing a lot of darkness to my life.”

He added: “It was healing to put my phone down, turn off the noise and just write. There’s good that comes from social media, but it’s also become a place where people can say anything about anyone, no matter how false or damaging with no accountability.”

The song seemingly points to Bassett’s ongoing feud with Rodrigo, 17, surrounding his romance with Sabrina Carpenter, to whom he has been linked since June 2020.

“It’s only a matter of time / An eye for an eye / You’ll go blind / And when did you stop being kind? / You twisted your words like a knife,” he sings in the chorus. “I’m sure that you’re hurting inside / Why would you make your pain mine? / Making me pay me for your crimes.”

Bassett’s track comes just weeks after Rodrigo made headlines for her debut single, “Drivers License,” which many fans think is about the rumored drama between the costars and Carpenter, 21.

Some fans noticed that the Bizaardvark alum changed the lyrics from her 2020 teaser of the track from “brunette” to “blonde,” seemingly referencing the Girl Meets World alum.

“And you’re probably with that blonde girl / Who always made me doubt / She’s so much older than me / She’s everything I’m insecure about,” Rodrigo sings.

Although the costars have never commented on whether they were ever more than friends, fans are convinced that they dated at some point in 2020 before Bassett began seeing Carpenter.

Rodrigo has yet to confirm that her hit single is about Bassett and his new flame, but both stars have since released their own songs that appear to be commenting on “Drivers License.”

One week after her song dropped, Bassett released “Lie, Lie, Lie,” which includes the lyrics, “I know what you say about me / I hope that it makes you happy / You can’t seem to get me off your mind (Get me off your mind).”

The following week, the Adventures in Babysitting actress shared her own song, “Skin,” which seemingly told her side of the story.

Carpenter, who allegedly pointed to Rodrigo’s song with the line, “Maybe ‘blonde’ was the only rhyme,” shut down rumors that her song was a “diss track” about the Grace Stirs Up Success actress.

“[‘Skin’] isn’t calling out one single person,” she said in an Instagram post earlier this month. “Some lines address a specific situation, while other lines address plenty of other experiences I’ve had this past year.”