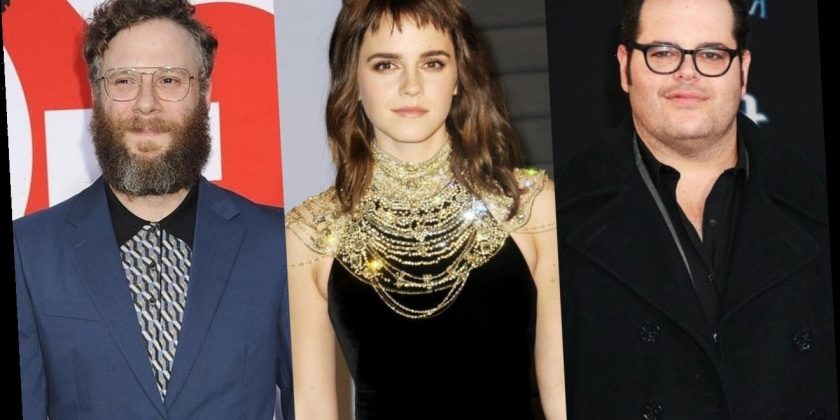 The ‘Frozen’ star defends his ‘Beauty and the Beast’ co-star while the ‘Sausage Party’ actor clarifies his statement that seemingly confirmed the ‘Harry Potter’ actress left the set.

AceShowbiz –Josh Gad has jumped to the defence of his “Beauty and the Beast” co-star Emma Watson after she became the target of trolls amid reports she stormed off the set of 2013 Seth Rogen comedy “This Is the End“.

Rogen appeared to confirm the rumours in a recent interview, suggesting the “Harry Potter” star was upset over a sub-plot in the apocalyptic film.

Seth said, “I mean, I don’t look back on that and think, ‘How dare she do that?’ I think sometimes when you read something, when it comes to life, it doesn’t seem to be what you thought it was. But it was not some terrible ending to our relationship.”

He took to Twitter days later after the story blew up on social media and wrote, “Emma Watson did not ‘storm off the set’ and it’s s**tty that the perception is that she did.”

And now another Watson co-star has weighed in, insisting the actress is no diva.

“Frozen” star Gad writes, “Pure love. @emmawatson is a legend and an amazing human being. Not that it needed saying but… well… she is.”

Seth Rogen and Emma Watson starred in the 2013 film alongside James Franco and Danny McBride, all playing heightened versions of themselves who experience the apocalypse at a Hollywood party.

The scene which allegedly made Watson uncomfortable featured McBride embracing cannibalism and Channing Tatum dressed as a mask-wearing gimp, playing his prisoner on a leash.