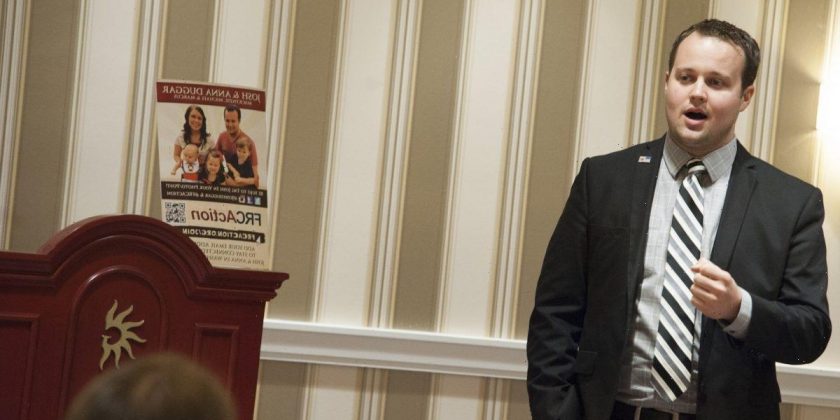 Josh Duggar’s sentencing is officially complete, and Duggar family followers now know how long he’ll stay in prison. In December 2021, Josh was found guilty of two counts of possessing and receiving child sexual abuse material. Now that he has his sentence, where will Josh go to prison? Here’s what we know.

How long did sentencing take?Josh Duggar received his sentence

Josh Duggar’s sentencing began on May 25, 2022, and it concluded the same day. While his trial took nearly two weeks, the sentencing was a much faster process, as he was already found guilty. Sentencing began at 9:30 a.m. and ended around 2:30 p.m. The ordeal took about five hours.

During the sentencing, Judge Timothy L. Brooks said the case was “among the most serious.” He also told Josh, “You have done some very bad things.”

Where will Josh Duggar go to prison? He reportedly has 2 options

Now that Josh Duggar’s sentencing happened, his legal team has the option to appeal for two weeks. It’s likely they’ll attempt to do this. In the meantime, where is Josh headed to prison to begin his sentence?

Prior to sentencing, Beverly Hills attorney Adam Michael Sacks told The Sun that Josh would be separated from inmates who are not there for crimes similar to his. “For his own protection, there is a separate part of the jail and he would have more limitations,” Sacks explained. “He won’t be playing tennis or doing activities. It’s a different experience. It’s not as extreme as solitary confinement, but a lot of these jails don’t let you go out much.”

Anna Duggar reportedly had no reaction to the sentencing

How did Josh Duggar’s wife, Anna Duggar, react to the sentencing? The Sun reporter on the scene says she didn’t have much of a reaction. Additionally, Jim Bob Duggar also reportedly didn’t react.

When sentencing ended, Josh reportedly sent an “I love you” hand gesture in Anna’s direction. He also shook his lawyers’ hands and hugged them.

So far, Anna hasn’t posted on social media. She has kept quiet since Josh’s initial arrest, though it’s clear she still supports him from her letter to the judge prior to sentencing.

How to get help: If you or someone you know has been sexually abused, text HOME to the Crisis Text Line at 741741 for free and confidential support.