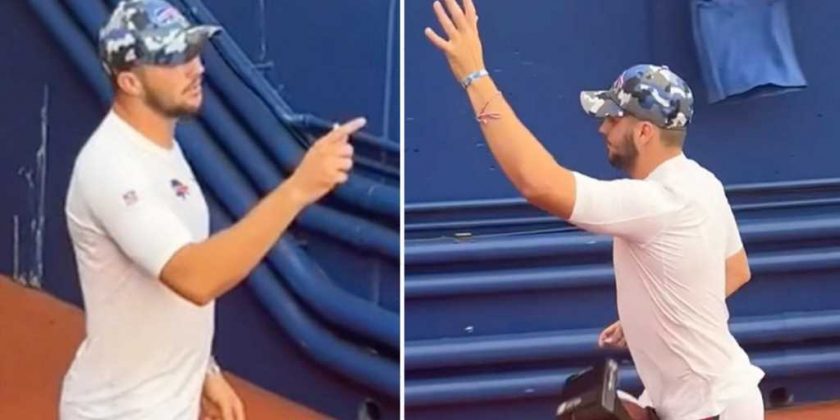 A Bills Mafia member took things way too far while trying to get a Josh Allen autograph out at Bills camp this weekend — and the QB was so mad over their attempt to get him to sign a football, he screamed at them.

The incident with the Buffalo superstar was all captured on video … when the 26-year-old signal-caller was jogging into the locker room after practice on Sunday.

You can see the Pro Bowler was waving at fans — when a football still in its original cardboard packaging was thrown at him.

Allen didn’t have time to swat it away, and it caught him square in the groin. Immediately afterward, he stopped in his tracks, and scolded the fan who appeared to hurl it his way.

Allen, while pointing into the stands, called the fan “disrespectful” repeatedly.

Stefon Diggs ran into a similar incident while out on the field Sunday as well — as several fans threw jerseys and footballs at him to try to get his John Hancock.

The 28-year-old wideout was stunned by what he saw, but he kept signing anyway.

This ain’t the first time we’ve seen fans go over the top for pro athletes’ autographs this year … just last month, a grown man was seen on video getting pushy with kids at the MLB All-Star game while trying to get a few things signed.

Let’s keep it classy, everyone.