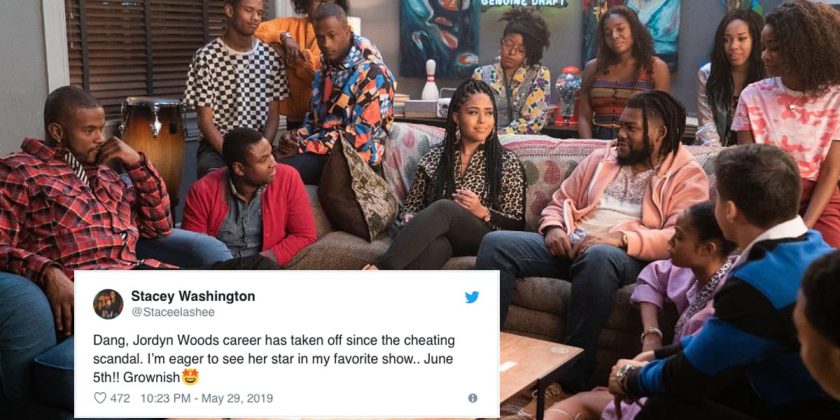 To quote the great Big Sean: Jordyn Woods took an L, but now she’s bouncing back! After the cheating scandal involving Jordyn and Khloé Kardashian’s ex Tristan Thompson earlier this year, the 21-year-old former best friend of Kylie Jenner is moving on professionally. On Wednesday, Freeform announced that Jordyn will make her acting debut in the second season of Grown-ish, which picks up on June 5. According to People, she’s set to appear later in the season and will play Dee, a freshman at school with Zoey Johnson (Yara Shahidi) who’s a “sweet soul with a soft-spoken and sincere vulnerability.”

After her inseparable friendship with Kylie ended in March, Jordyn has stayed positive and focused on her career, and it’s clearly paying off. She launched a collection of false lashes in April and modeled in fashion campaigns, but this move into acting is huge. Jordyn shared the news on her Instagram with the official Freeform photo, writing, “I’ve been waiting to share this with you guys but I am SO excited to guest star on this season of #grownish. It returns June 5th on @freeform ✨ This was the first role I’ve ever booked and I was nervous at first but I got past that and had the best time ?? take risks and stay consistent to your journey, you never know what the world has to offer ✨.” We can’t wait to see how Jordyn’s character fits in with the Cal U crew when she appears on July 24. See all the exciting reactions ahead.