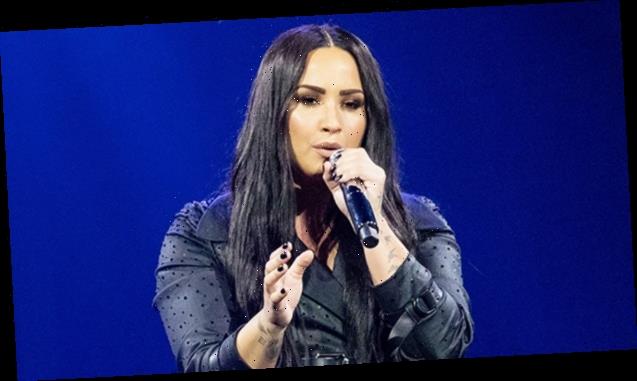 Speaking for the first time on record in new documentary, Demi Lovato’s former assistant shares what really happened the day she overdosed in 2018.

“I crossed a line that I had never crossed in the world of addiction,” Demi Lovato tells the cameras in the first episode of her YouTube documentary series, Demi Lovato: Dancing With Devil, out today. The four-part series shares the untold story of Demi’s overdose in 2018 from the perspective of not only the singer, but from the doctors who saved her life, the family who prayed for her, and the people who found her on that tragic day. Jordan Jackson was one of those people.

In fact, Jordan Jackson was the first person to lay eyes on Demi on the morning of July 24, 2018, the morning of her overdose. Unbeknownst to those closest to her, Demi had become seriously addicted to the hardest drugs out there, smoking heroin on the regular and trying everything from Molly to meth. On the night of her OD, she secretly called her drug dealer after a friend’s birthday party and took a lethal cocktail of heroin and fentanyl-laced oxycodone. In the documentary, Jordan shares not only details of what happened that morning, but also what it was like for Demi in the weeks leading up to her overdose. 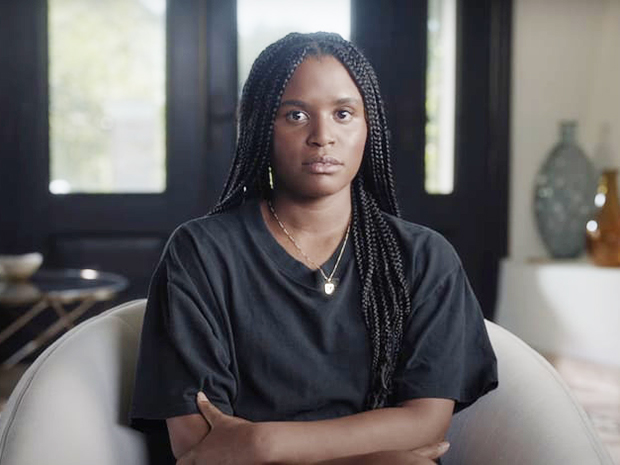 At the time of the overdose, Jordan was working for Demi as she traveled the world. In the weeks leading up to her OD, Demi was on her 6th headlining tour, The Tell Me You Love Me World Tour. In the first episode of the series, Jordan can be seen dancing with Demi in her dressing room, accompanying her to meetings, and having breakfast with her while on the road in previously unreleased footage from a documentary that was being filmed during in 2018.

However, in this documentary, Jordan is introduced as Demi’s ‘former’ assistant, indicating that following the events of 2018, she no longer works with Demi in this capacity.

Warning Signs Demi Was In Trouble

While being interviewed in the first episode, Jordan, along with many of Demi’s friends and loved ones, share that they could tell Demi was struggling, with Jordan going so far as to say Demi “was miserable.” It was becoming clear to those closest to Demi that, despite the meticulous care to keep her sober and healthy, the constant control over her actions may be doing more harm than good. Jordan specifically speaks on how the fixation on her eating habits took a mental toll on Demi. “There were times when I would have to spend the night because she like, ate a cookie,” Jordan explains.

While even Demi herself admits that the restrictions were justified given her history of eating disorders and drug use, she feels the execution was mismanaged and soon, she had relapsed, not only with her eating disorder, but with her drug addiction, and started using heroin.

Jordan Found Demi On the Morning Of Her Overdose

Perhaps the most heartbreaking and difficult interviews to watch during the documentary is Jordan’s retelling of finding Demi unconscious in her bedroom on the day overdose. In the second episode, Jordan explains for the first time in full detail the events that led to Demi being rush to the hospital.

Jordan explains that she had come to the house earlier than usual, as Demi told her she had a doctor’s appointment she “really wanted to make”. When Jordan arrived, she said she knocked on Demi’s door, but there was no answer. “Natalie, her chef, she had just arrived,” Jordan explained. “I heard her in the kitchen, so I went down to talk to her for a little bit.”

But soon she was back at Demi’s door, knocking again to try to wake her up – but there was still no answer. That’s when Jordan entered. “I opened the door very slowly,” Jordan explains. “It was very dark and cold in her room. I kind of got chills.” When she saw Demi in her bed, she thought she might be ‘drunk or hungover’. However, when she didn’t move after Jordan nudged her, she quickly called security.

The Story Behind The 911 Call

Once security was called and rushed into the room, Jordan left to go downstairs to call 911. The call is played in part in the documentary, including a portion where Jordan asks the operator for ‘no sirens’ from the ambulance. The 911 dispatcher tells her that’s not possible. “This is a medical emergency’ I don’t have control over that.”

When the paramedics arrived, Jordan was back in the room with Demi and her security. Jordan reveals that, at this point, she had suspected the worst. “There was one point where she turned blue,” Jordan explains, “her whole body completely turned blue, I was like she’s dead for sure… It’s the craziest thing I’ve ever seen.”

“I’m really lucky to be alive,” Demi shares in the documentary. “My doctors said that like I had 5 to 10 more minutes, and had my assistant not come in, I wouldn’t be here today.” When Demi finally arrived at Cedars-Sinai hospital in Los Angeles, she had suffered three strokes and a heart attack. She explains that the strokes have caused permanent brain damage and left her with blind spots in her vision that have left her unable to read and drive to this day. “It was a big deal when I was able to read out of a book, which was like two months later because my vision was so blurry.”

Still, despite it all, Demi admits now that it feels like all of this had to happen for to get to the place she’s in today. “Everything had to happen in order for me to learn the lessons that I learned,” she told PEOPLE. “It was a painful journey, and I look back and sometimes I get sad when I think of the pain that I had to endure to overcome what I have, but I don’t regret anything.”

“Demi Lovato: Dancing with the Devil” is available only on Demi Lovato’s YouTube Channel, with new episodes to be released weekly on Tuesdays.