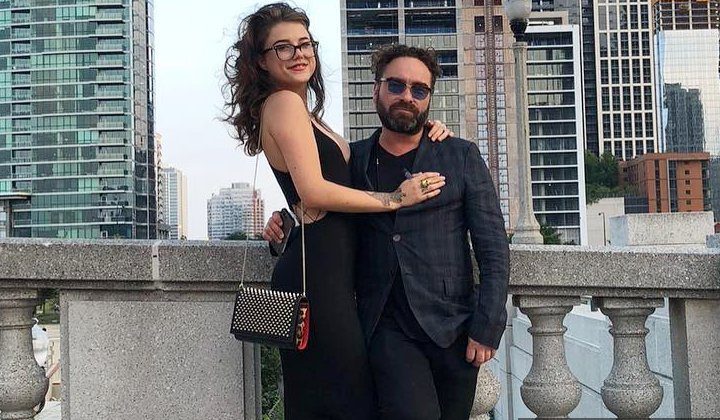 ‘The Big Bang Theory’ star, who made his relationship with 21-year-old Alaina Meyer Instagram official in September 2018, is asking for ‘privacy during this celebratory time’ in his baby announcement.

The actor’s girlfriend, 21-year-old Alaina Meyer, is pregnant with the couple’s first child.

“We are absolutely over the moon to announce that we will soon be welcoming a little one into this crazy and wonderful world,” the parents-to-be tell People.com.

The couple has been linked since last year (18), with Galecki making the romance Instagram official in September, days after his girlfriend showed off a photo of the 43-year-old’s initials tattooed onto her left forearm.

They made their red carpet debut at the 2018 People’s Choice Awards in November, and hit headlines again in December, when eagle-eyed fans spotted the pair wearing bands on their left ring fingers in a sweet snap uploaded by Galecki, sparking speculation suggesting they had secretly wed.

However, Meyer dismissed the claims by reposting the image and captioning it, “#notmarried.”

The baby news emerges as Galecki prepares to bid a final farewell to “The Big Bang Theory”, which wrapped filming on its 12th and final season on Tuesday, April 30.

The hit sitcom will sign off as the longest-running multi-camera series in U.S. TV history on 16 May.