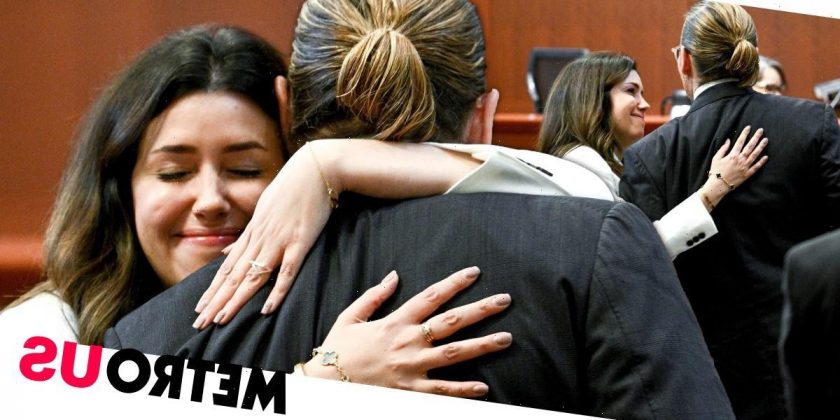 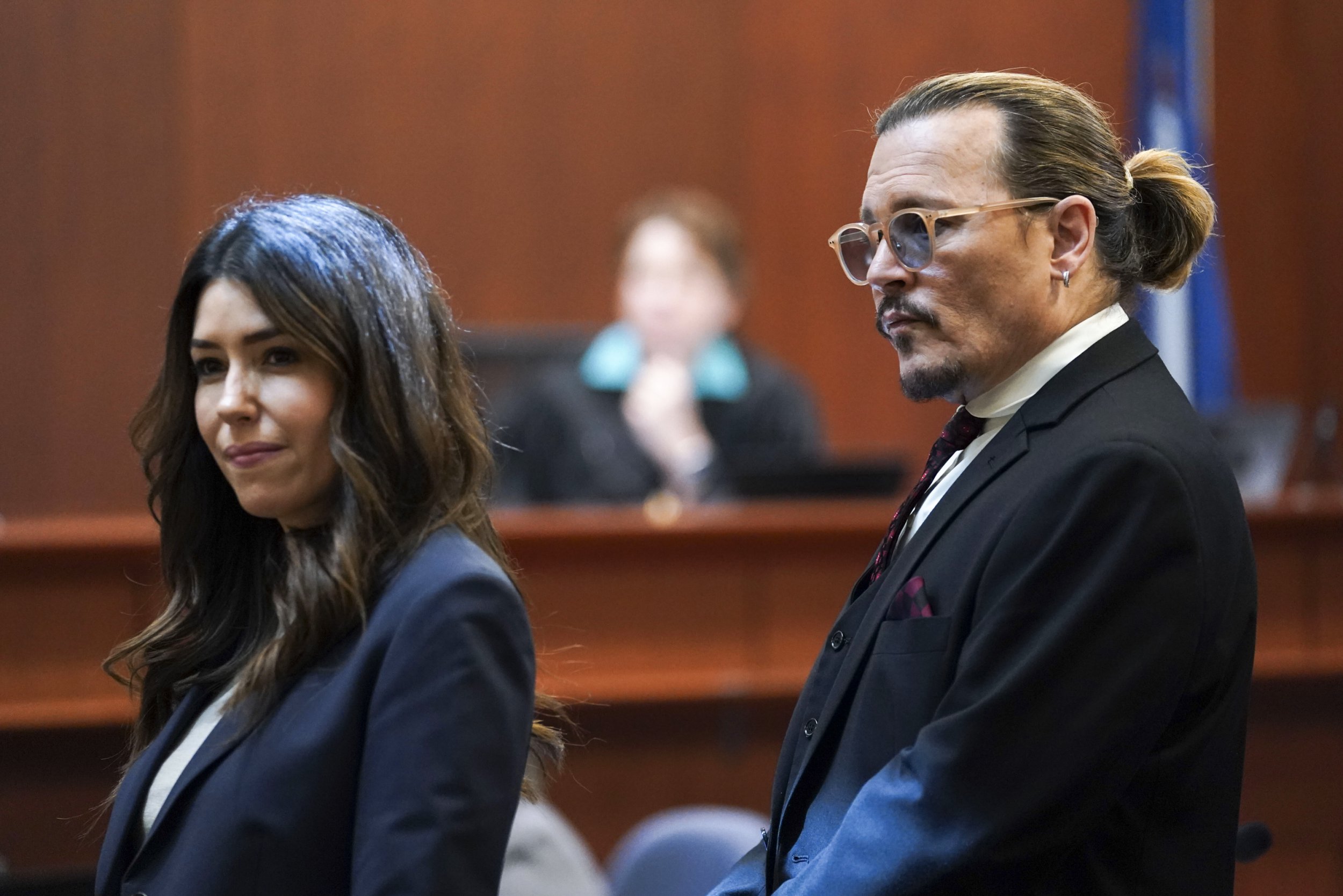 Johnny Depp’s lawyer Camille Vasquez had an interesting reaction when asked about the mounting dating rumours between them.

Vasquez is among the powerhouse legal team representing Depp in his explosive libel trial with ex-wife Amber Heard.

She unexpectedly took centre stage this week due to her brutal grilling of Heard during cross-examination, clips of which have gone viral on TikTok.

However, speculation has been rife about the nature of Vasquez’s relationship with Depp, 58, with many suggesting they have become particularly close.

While leaving the Fairfax County Courthouse in Virginia on Tuesday, Vasquez was asked point blank about the dating rumours that are swirling on social media.

The lawyer was approached by TMZ who asked about the speculation, to which Vasquez laughed and shook her head without offering a verbal answer.

Sources previously said there is no truth to the romance rumours and that their relationship is purely professional. It’s also claimed that Vasquez, 37, is ‘happily taken’ and currently dating a Brit who works in real estate, and that they have been ‘in a serious relationship’ for ‘several months’.

The insider added that Depp has grown close to his entire team but there is nothing more to it.

A clip of Vasquez, which went viral this week and has been liked over 4.5 million times on TikTok, is a montage of the attorney repeatedly objecting to Heard’s legal team’s questioning during the trial.

Depp is suing ex-wife Heard for libel regarding an op-ed she wrote in the Washington Post in 2018, which detailed her experiences of domestic abuse but did not name her former partner.

His lawyers have argued that, while his name was not mentioned, the article implies he physically and sexually abused her during their relationship – something he has denied.