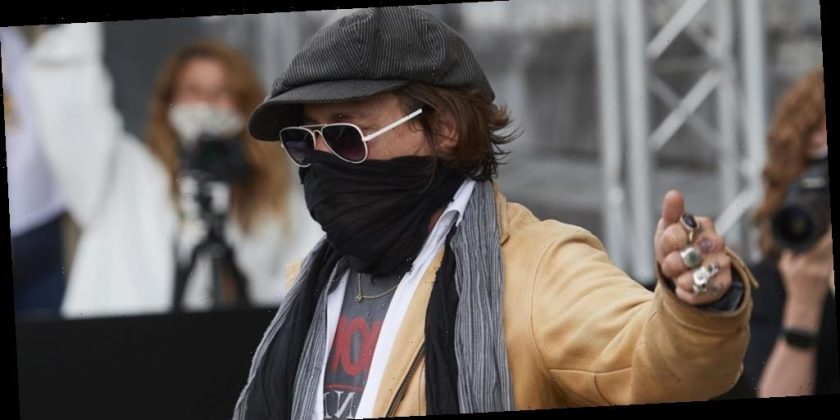 Johnny Depp covers almost his entire face with a black face mask and sunglasses while arriving at the 2020 San Sebastian Film Festival for the festivities on Monday (September 21) in Spain.

The 57-year-old actor has been at the festival promoting Crock of Gold: A Few Rounds With Shane MacGowan, which he produced.

“This festival always has the least of… let’s call them Hollywood types,” he shared with Variety about his admiration for this particular festival. “I feel San Sebastian is truly a festival about cinema, about the filmmakers, about the people who work on them and get these films made, which is miraculous.”

Johnny also spoke to the trade paper about why he’s hesitant to call himself or be labeled a “Hollywood celebrity”.

“First and most important is to never consider yourself a Hollywood celebrity. That’s death and grotesque,” Johnny shared. “I’ve always been drawn to… people who are diligent in remaining themselves.”

If you missed it, see the pics of Johnny suited up in navy for the premiere of Crock of Gold…