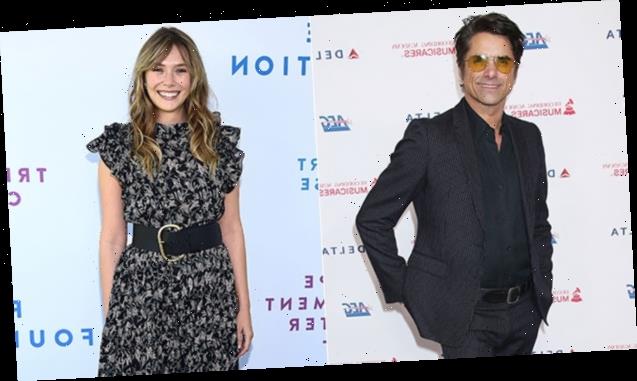 Elizabeth Olsen really is everywhere you look. The WandaVision star, 32, got a shoutout from John Stamos right before the highly-anticipated finale when he posted an adorable throwback photo from the Full House set. The photo shows the younger sister of stars Mary-Kate and Ashley Olsen, then just a little girl, sitting on John’s lap and giving the camera the sweetest smile. Those haircuts and outfits would be right at home in WandaVision‘s 90s-tastic episode!

“One day she’s a little girl wandering the set, and next thing you know, she’s taking over a whole town, mind controlling the citizens to play out her favorite TV Sitcoms! They grow up so fast…” John captioned the March 4 post. Just hours after John shared the throwback photo, Marvel fans finally found out how things were turning out for Wanda (Elizabeth), Vision (Paul Bettany), and the trapped citizens of Westview.

Despite the strong resemblance between the three women and — you know, their last name — some of Elizabeth’s fans were utterly shocked to recently find out she’s related to Mary-Kate and Ashley. The twins, who took turns playing Michelle Tanner on Full House, never made it a secret that they had a little sister named “Lizzie,” either. While Elizabeth didn’t pursue a career in acting until she was a college student, she made many cameos as a toddler in The Adventures of Mary-Kate & Ashley video series. 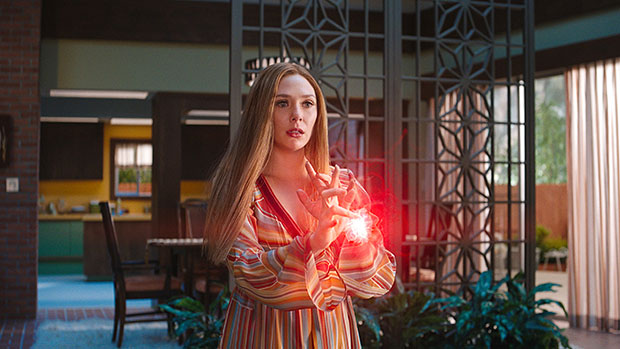 They even released a diss track about their baby sister in The Case of Thorn Mansion called “B-U-T-T Out”. Savage! Despite having a mega famous family, Elizabeth has previously said that she wanted to start her acting career  without their help. “Nepotism is a thing and I’m very aware of it. And of course, I’ve always wanted to do it alone,” the Avengers: Infinity War star told Grazia USA after WandaVision premiered in January 2021.