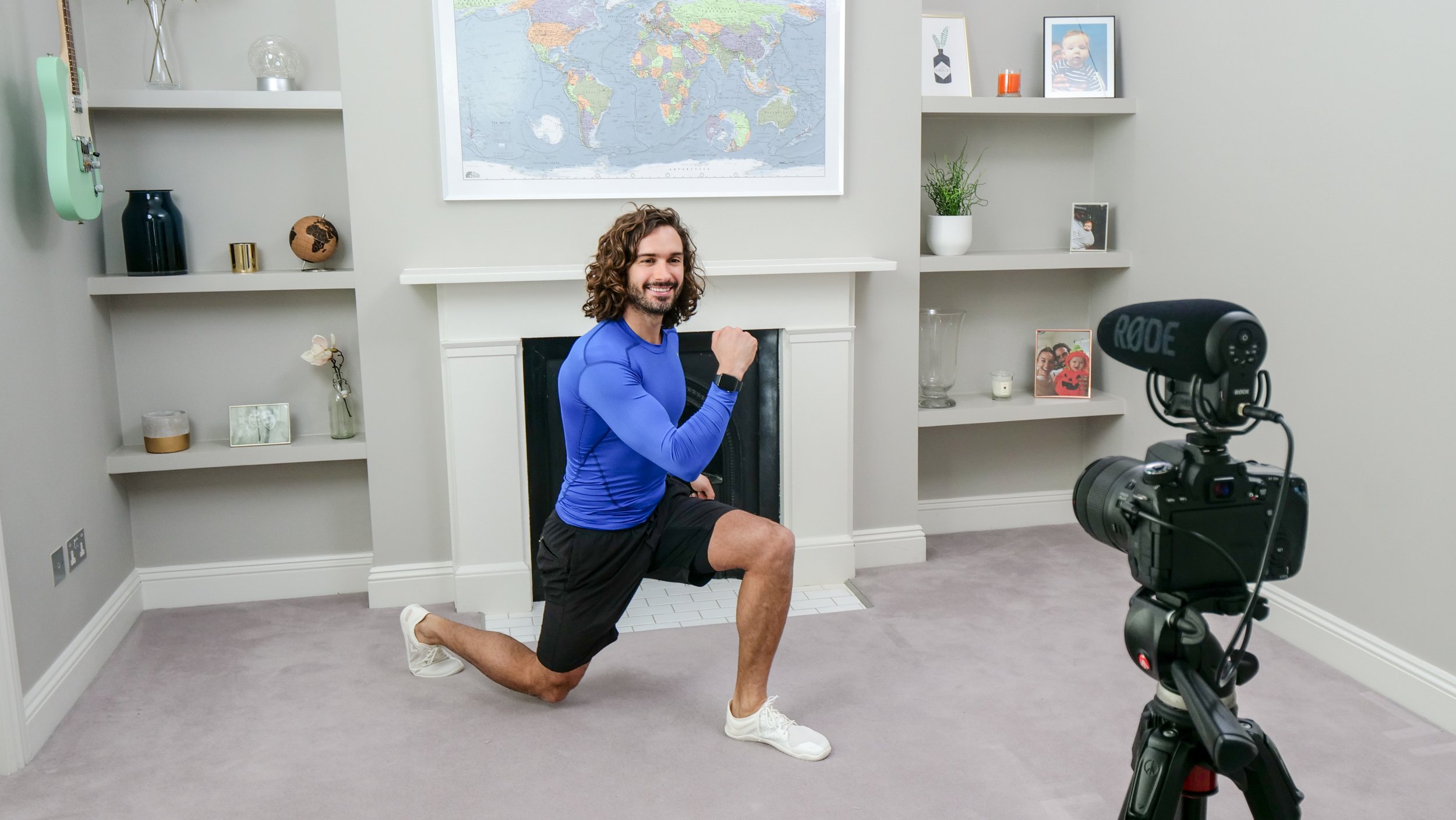 Joe Wicks has revealed how the pressures of being in the spotlight sometimes leads to him wanting to quit being the Body Coach.

The fitness trainer saw his already impressive fame soar during the pandemic last year when he began hosting online PE classes to inspire children to keep active at home while schools were shut.

Millions tuned into his classes everyday around the world and Joe even received an MBE for his efforts.

However, his jam-packed work schedule and constant social media presence sometimes has an impact on the fitness guru’s mental health.

Joe, 34, is now using meditation to keep himself in the right frame of mind and told Russell Brand on the Joe Wicks Podcast: ‘It’s a habit I need to get into but I know it’s going to bring me a lot of peace and calm and that is something I need.

‘I’m very content, I’m very cool but I also burn out and I have weeks where I want to throw my phone in the sea and never look at it again. And I don’t want to be the Body Coach. I have a couple of days off and I come back and I’m ready to be that motivator, inspiring and helping people.’

Explaining what causes him to feel exhausted being in the spotlight, Joe said: ‘I think the technology draws me in so much and the audience, the community, it gives me energy.

‘But it also drains me emotionally, so it’s trying to get that balance right.’

Despite his unprecedented success over the past year, Joe has remained humble about the calls for him to be honoured with a knighthood.

His first PE With Joe class hit the ground running attracting a staggering 2.3million viewers in the first few hours, while 100m have tuned in since. He’s even casually raised £580,000 for the NHS but Joe still sees him as a, well, regular Joe.

Speaking to Metro.co.uk in May, the father-of-two said: ‘People were joking going “Sir Wicks” and stuff but I could never imagine that and it’s not something I’m on a quest to get. I just think if you keep doing good things for the world and I continue to help people and do the right things, then great things happen.’

‘It’s certainly not a mission in life like, “I need to get a Sir or Knighthood before I die”,’ he added.