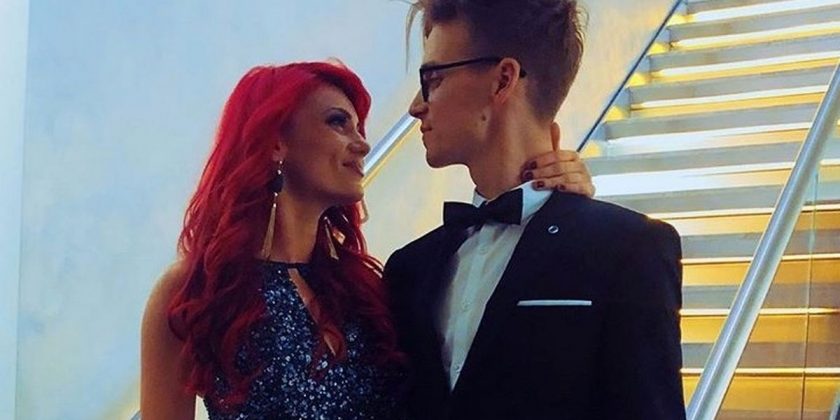 It’s only been five days since Joe Sugg and Dianne Buswell confirmed their relationship, and already they’ve been forced apart.

Fresh from a romantic trip to a £2,850-a-night treehouse hotel to celebrate the end of the show, they’ve had to bid each other an emotional goodbye as Dianne heads home for Christmas.

And we’re not just talking about a trip down the M6, with Dianne hailing from Bunbury in Western Australia.

"Now to unpack the onesie and jackets and scarfs and pack the shorts tank tops and flip flops for AUSTRALIA," she posted on her Instagram stories.

"I’m coming home!" she wrote alongside a shot of herself and her family.

Clearly missing her man, she added a picture of herself carrying a balloon with his face on, which she captioned, "Taking Joe Sugg home to meet the parents." And she showed off her very first Christmas gift from her vlogger beau – a Tamagotchi.

Meanwhile, it was back to work for Joe, who shared a video of himself in a London Eye capsule.

"Here’s today’s office almost, we are filming something very special, this is my co-star Maia and we are working on a new unread story for next year," he said.

Joe finally confirmed one of the worst kept secrets in showbusiness after Strictly wrapped at the weekend.

Uploading a shot of Dianne and himself embracing, he wrote, “I may not have won the glitter ball, but I’ve won something a million times more special.” Speculation that the pair were more than friends had been rife for months, especially after they were apparently seen ‘snogging like teenagers’ after the Blackpool special in November.

Both refused to be drawn on the rumours, insisting they were ‘too busy’ rehearsing to think about anything else.

However, Joe’s eagle-eyed gran Phyllis Sugg knew from the off that he had his eye on the Aussie dancer, who split from Emmerdale actor Anthony Quinlan soon after filming began.

"I may be 95 but I could see that twinkle in his eye – and the way they looked at each other," Phyllis told Mail Online after going to watch them in Blackpool.

"He brought Dianne over to meet me and that’s a sign of romance in the air. She seemed like a lovely girl – I think he might be head over heels," she added.