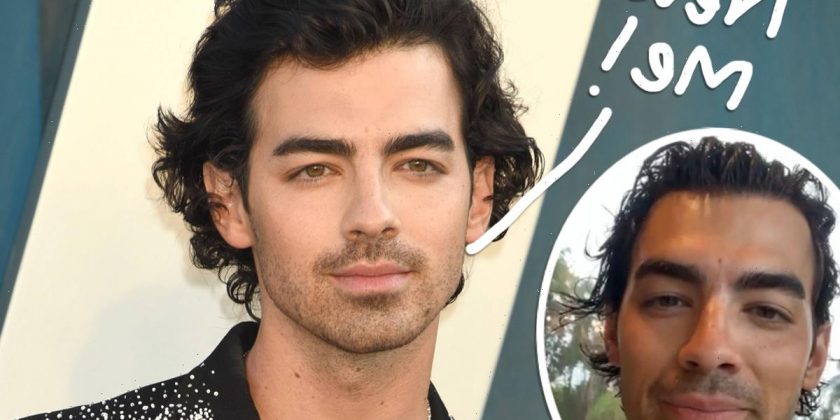 Everyone needs a little pick me up for their look sometimes, Joe Jonas just isn’t afraid to admit it!

The Jonas Brothers alum sat down with People for an article published Tuesday in which he spilled on the secret behind his flawless face: Xeomin, a cosmetic injectable comparable to Botox, aimed at smoothing fine lines and wrinkles. On his decision, the Cake By the Ocean singer explained:

“We’re all getting older and part of that is being comfortable .”

The father of two just celebrated his 33rd trip around the sun Monday, and it’s refreshing to hear he relies on cosmetic injections like his female counterparts. Men get wrinkles, too, y’all! Ch-ch-check out all the youthful Instagram pics (below) posted in celebration of his birthday:

He added about being so candid with his Xeomin work:

“I don’t think it’s necessarily something that we have to shy away from. We can be open and honest about it and be confident and not really shy away from speaking our truth.”

He revealed that he targeted his frown lines and crows feet with the injectable. It’s not common to hear a celebrity just blatantly be honest about their beauty methods so they don’t contribute to harmful and unattainable beauty standards disguised as being “natural.” We’re looking at you, Kylie Jenner. LOLz! As for the health prospects behind the injectable, the Move singer explained:

“I personally care a lot about what I put in my body, and with an aesthetic treatment like this, I wanted to be mindful of what was in it. I liked that it relieved the area a little bit and I was like, ‘Okay, this is great,’ without it being too much for my liking. I appreciated that it wasn’t over the top. It’s very light.”

Joe partnered with the brand, which claims to have a purified formula that removes unnecessary facial proteins, part of their Beauty on Your Terms campaign. He added that being himself and taking care of his appearance hasn’t always come easy, in part due to the stigma surrounding traditional male beauty norms (or lack thereof), but has more recently embraced his own true style, revealing:

“There were all these talks at one point, like, ‘Oh, men can’t do this or it’s weird for guys to do that,’ and I think there’s a stigma that’s fading, and I like that guys are more openly wearing makeup, and it’s great to see. It’s like, do whatever you want, you know? It’s a beautiful generation that we’re living in.”

Yes, king!! Fight back against that toxic masculinity!! The Only Human artist also explained in a Monday Allure article that “there’s nothing more beautiful than confidence.” He added:

“Looking your best comes from feeling your best. I make it a point to prioritize practices and routines that make me feel like the best version of myself.”

As for the procedure itself, he noted:

“It felt easy and comfortable. I went with a friend and they also did it with me, so it wasn’t stress-inducing.”

Adding that he “noticed the difference in the relief of frown lines and I was like, ‘Okay, I like that.’” Good for you, Joe! The industry vet shared that he doesn’t care what haters have to say, confessing:

“Everyone has an opinion, but everyone can also make their own decisions for themselves. I felt like personally, this was something that gave me that confidence boost that I was looking for. Yes, it is getting more mainstream and there’s less negative connotation that comes with these types of procedures and skin-care routines.”

“There are people that obviously don’t want to talk about it, but I think it’s nice to start to shy away from being shy about it, the confidence in yourself to say, ‘I did this.’”

We stan! What are YOUR thoughts on Joe’s latest procedure and battling the stigma, Perezcious readers? Let us know in the comments below!