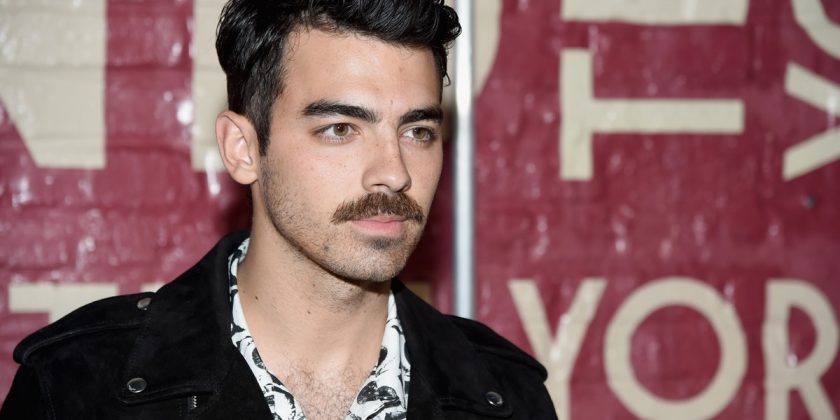 It’s no secret that Joe Jonas and Sophie Turner are celeb couple goals. The way they talk about each other, their smoking hot red carpet appearances (TBT 2019 Met Gala), and their impromptu Las Vegas wedding all make them that elusive brand of Hollywood cool while still simultaneously relatable AF. Well, for the most part. Case in point: Joe Jonas’ bachelor party, which was on a yacht in freaking Ibiza.

According to Us Weekly, Jonas celebrated his bachelor party on a yacht in Ibiza with his friends and family, including sister-in-law Danielle Jonas’ brother, Mike Deleasa. Deleasa posted several shots of himself on the yacht, along with Jonas’ former DNCE bandmate, Cole Whittle. Additionally, in a May 29 radio interview with Capital FM, all three Jonas brothers admitted they had a lot of fun on their recent trip to Ibiza, with Kevin joking, "you should have seen us yesterday," when the host told them they all looked "incredibly good" following their probably-rowdy vacay.

It’s clear the brothers and their friends had a great time, as Jonas’ second wedding to Turner draws near. While the lovebirds first tied the knot in Las Vegas on May 1, 2019, a larger, more formal celebration awaits the couple in France, Us Weekly reported.

"Joe and Sophie want to have a huge party," an anonymous source reportedly told Us Weekly about the couple’s second wedding. "The decor is going to be sophisticated, but there’ll be some kitschy elements, including a really wild cake. There’ll be a live band, and the Jonas Brothers are expected to take the stage." Elite Daily reached out to representatives for both Jonas and Turner, but did not hear back by the time of publication.

Truly, their second wedding sounds absolutely perfect, but that isn’t to say their Vegas nuptials were any less amazing. After all, the pair were wed by an Elvis impersonator, used ring pops as rings, and Turner wore a chic jumpsuit. Oh, and to top it all off, Dan + Shay performed an acoustic version of their hit "Speechless" as Turner walked down the aisle. So how could their second wedding top their first? Well, for one, it’s in France. Aaaaand, that’s about all anyone knows because the two have been super mum about the details.

It honestly seems like Turner and Jonas are purely focused on each other, and want their wedding to be an expression of their love. A source also reportedly told Us Weekly that Turner and Jonas are "the chillest couple," and that they’ve been letting their wedding planner handle most of the details. "They’ve been taking a backseat since they’re both so busy," the source reportedly continued.

For now, it appears as if Turner and Jonas are both just having a good time and looking forward to their summer nuptials. Jonas just went on an amazing trip for his bachelor party, Turner’s hit show Game Of Thrones came to an end, and her new movie Dark Phoenix hits theaters June 6. Basically, this couple is killing it, and while Jonas’ bachelor party might be over, I can’t help but wonder what Turner will be doing for her own bachelorette party, should she have one. Either way, there’s no doubt that their French wedding will be everything and more. (Still waiting on my invitation, BTW.)