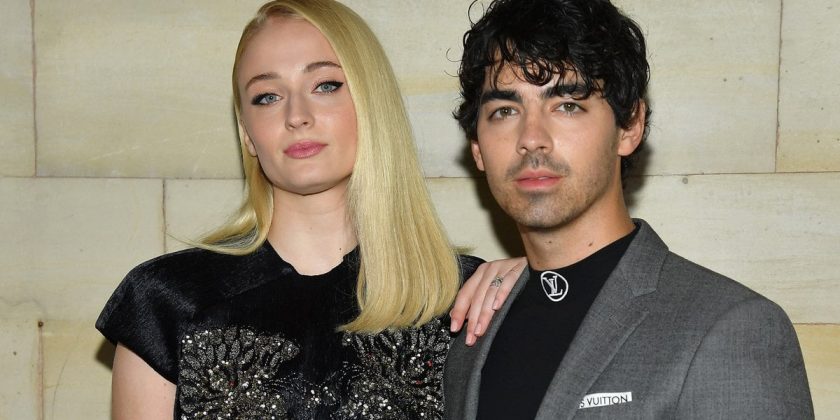 Since its publication, the article has received widespread criticism on the Internet, with fans accusing the piece of being sexist, racist and ageist.

Joe Jonas and Sophie Turner came to the defense of Priyanka Chopra and Nick Jonas Wednesday after a story claimed their marriage was fake.

Following the lavish wedding celebrations for the newlyweds, New York Magazine’s The Cut posted an opinion piece on Tuesday calling B.S. on Nick and Priyanka’s nuptials, saying the singer was thrown into the marriage "against his will." In response, both Joe and Turner, who have been engaged since October 2017, slammed the article on Twitter.

"This is disgusting. @TheCut should be ashamed to have someone write such evil words," Joe tweeted Wednesday. "What Nick & Pri have is Beautiful Love. Thank u, Next."

"This is wildly inappropriate and totally disgusting," Turner echoed on her account. "Very disappointed that The Cut would give anyone a platform to spew such bullshit."

The article, which has since been deleted except for an editor’s note, argued the marriage was "fraudulent" and that Nick and Priyanka’s relationship wouldn’t last. The piece, titled, "Is Priyanka Chopra and Nick Jonas’s Love for Real?" called the "Quantico" star a "scam artist" who tricked the "Close" singer into a marriage. The writer critically examined Nick and Priyanka’s past romances, where she noted that Nick, 25, always had an "interest in older women." Priyanka is 11 years Nick’s senior.

"All Nick wanted was a possible fling with Hollywood’s latest It Woman, but instead he wound up staring straight at a life sentence with a global scam artist," the piece said.

The publication also quoted the writer’s words in a tweet that has since been deleted, which served as the basis for much of the outraged conversation on Twitter: "That’s right: Nicholas Jonas married into a fraudulent relationship against his will this past Sunday, December 1, and I’ll tell you why I think so."

The Cut later issued an apology, tweeting "An earlier story about Priyanka Chopra and Nick Jonas did not meet our standards. We’ve removed it and apologize."

All that remains on the story’s page is an editor’s note: "Upon further editorial review, we found this story did not meet our standards. We’ve removed it and apologize."

Since its publication, the article received widespread criticism on the Internet, with fans accusing the piece of being sexist, racist and ageist.

Got a story or a tip for us? Email TooFab editors at [email protected]