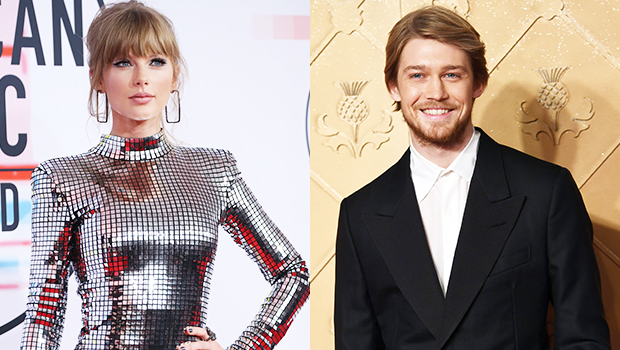 It looks like Taylor Swift’s heartbreak days are over. Her boyfriend, Joe Alwyn, is planning on popping the question ‘soon,’ a new report says!

Taylor Swift, 28,and Joe Alwyn, 27, have left us almost entirely in the dark when it comes to details about their romance, but we’re starting to learn just how serious the two lovebirds are! In fact – the pair are even reportedly ready to head to the altar! “Joe is very keen on proposing soon,” a source tells Us Weekly. “But, he wants to make it unforgettable and extremely special,” the source adds. It looks like we might see the end of Tay’s classic heartbreak anthems once and for all!

While there’s no word yet as so Joe’s exact proposal plans, it sounds like he’s got something incredibly special up his sleeve! However, Taylor will be thrilled with whatever type of proposal Joe plans, seeing as “he’s her dream guy,” according to the source. “Taylor’s going to be over the moon,” the insider added, when speaking to Us.

Sure, Joe and Tay’s relationship has been very hush hush, but when we get a glimpse of them out together – they’re undeniably picture perfect!  The couple have perfected the art of a private romance, and in the Winter issue of Esquire, Joe spoke out on their reasons for doing so. “I know what I feel about it,” Joe said of his relationship with Tay. “I think there’s a very clear line as to what somebody should share, or feel like they have to share, and what they don’t want to and shouldn’t have to,” he added.

Nevertheless, it’s crystal clear that the pair are completely supportive of one another! Tay proudly supported her boyfriend at the Mary Queen of Scots on Dec. 10. She laid low at the London event, which celebrated the historical drama, which hit American theaters on Dec. 7.  Even though Taylor didn’t make a red carpet appearance, she was still caught in photos! We’ll be sure to keep you posted on even more sightings of Taylor and Joe!