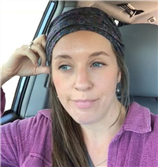 Jill Duggar has broken her silence.

On yet another family controversy.

On Thursday, a federal judge dismissed a lawsuit brought on by Jill and three of her sisters (Jessa, Jinger and Joy-Anna), who had been looking to hold Arkansas authorities responsible for information that leaked to the press in 2015.

The siblings previously sued Springdale and Washington County officials for invasion of privacy after records related to the infamous Josh Duggar molestation scandal were published by In Touch Weekly.

Lawyers for the Duggar sisters said these documents were improperly redacted, making the victims easy to identify.

While their names weren’t specifically cited, the victims were referred to as “Joshua’s sisters” and the age of one victim was listed.

As you likely know by now — after the aforementioned tabloid published its bombshell report — Josh Duggar confessed in 2015 to having groped multiple young girls when he was a teenager.

Jill Duggar was one of these young girls.

“We are disappointed with the ruling,” Jill said in a lengthy response yesterday, adding that it was “unfortunate that bad actors” are “given a license to intentionally inflict pain without regard for innocent victims.”

However, she said they felt “vindicated by the fact that the judge recognized that the law was clear that the records never should have been released.”

In his ruling this week, the judge said that the plaintiffs had not met the legal standard to prove that the defendants (investigators and government officials) knowingly violated their authority by releasing the information.

Yes, as Jill notes above, it was wrong that the documents were released… because they detailed molestation claims that involved minors.

However, the judge said law enforcement agencies and the city of Springdale were “immune” from liability in the case.

“This should have never happened, and we hope this never happens again to anyone,” continued Jill on her family’s official website.

“We will continue to fight for victims’ rights.

“In the pursuit of justice, the impact on victims, especially child sex victims, should not be an afterthought, and they should not be relegated to collateral damage.”

According to the ruling…

From approximately March 2002 until March 2003, the “plaintiffs were sexually abused by their brother, Joshua. He was 14 years old when the abuse began and 15 years old when it ended.

“At the time of the abuse, the plaintiffs ranged in age from 5 to 11 years old. Their parents, Jim Bob and Michelle Duggar, discovered the abuse but did not report it to the police or any state agency.

“Instead, they decided to keep it a secret and discipline Joshua privately.”

No matter how many times we read this summation of what happened, it remains truly astounding and extremely nauseating that this all transpired.

Josh, who resigned from the Family Research Council after his heinous actions came to light, said in public six-plus years ago:

“Twelve years ago, as a young teenager, I acted inexcusably for which I am extremely sorry and deeply regret.

“I hurt others, including my family and close friends.”

Josh, of course, has since been convicted on two counts of child sex abuse and faces decades behind bars.

Jill, meanwhile, l went on to say that local police chief “Kathy O’Kelley abused her authority by illegally releasing police reports,” adding that there’s a “need for tougher accountability of our government officials.”

“The level of immunity allowed in many jurisdictions is unsettling, and it is scary what evil is allowed to go unchecked simply because of a position someone holds and the statutory immunity they can claim.”

The Judge has made it crystal clear that the reports were illegally released.  This should have never happened, and we hope this never happens again to anyone…

Victims need to be supported and protected, not hung out to dry simply because the end justifies the means.

They have been blamed, shamed, and bullied into silence for too long, so why are we surprised that perpetrators continue to be emboldened while victims are punished for their voice.

This needs to change, and only then can victims become survivors.