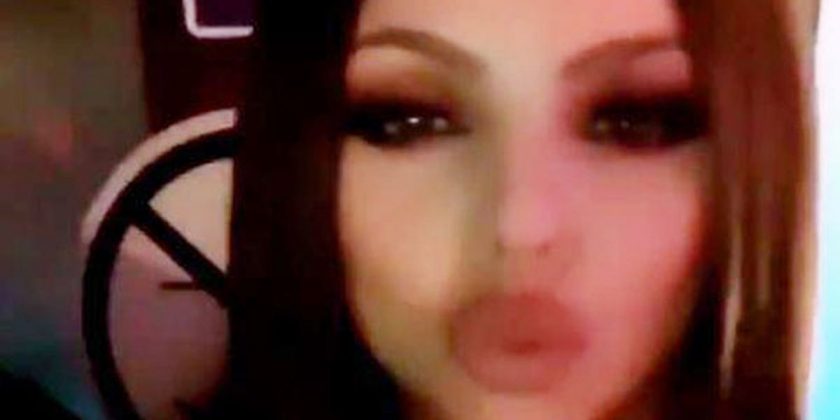 Calls for Jesy Nelson to be "cancelled" have swirled following a video she posted of her singing along to an R Kelly song.

The Little Mix star is facing backlash from angry fans over the clip in which she can be heard saying "Ooh R Kelly Ignition" before dancing to a rendition of the tune with her friends on a night out.

Lashing out in the comments of her Instagram and Twitter , fans branded Jesy, 27, "ignorant" and said that they were no longer supporting her.

He has denied all the allegations and said he’s taking action against the documentary makers. Jesy filmed herself on a night out flashing her tattoos in a skimpy top as she pouted and posed while watching several different perfomances.

She was seated on a table with three male friends who were all enjoying the event before a band on stage began a cover of the R Kelly track.

Turning the camera on herself Jesy and her pal began bopping along over several seconds of video posted on her Instagram stories.

Furious fans took to Twitter to slam the clip which comes just weeks after the star shocked with a video clip of her friend saying the n-word.

"Jesy Nelson what the f***? First you film a white person saying the n word and put it on Instagram and now you are bopping along with R Kelly after what has just happened? Shame on you… I’m done with you, CANCELLED. You just ruin LM’s reputation too. Bye sis," fumed one. "LMAO AS IF WE NEEDED ANOTHER REASON TO CANCEL JESY NELSON" added another along with the clip in question.

"Jesy Nelson trending for all the wrong reasons. I’ve always been behind and defended her against trolls, I’m done…" said one upset fan.

Referring to the rest of girls in the band, another said: "The girls did not work this hard for the past 8 years to lose everything just because Jesy Nelson doesn’t know how to behave when she is out partying…. this is so annoying and disgusting. The rest of Little Mix don’t deserve."

Not everyone agreed with the outrage over Jesy’s clip as some of her fans took to social media to defend the 27-year-old brunette.

"Jesy gets backlash for literally anything just leave her alone let her do what she wants mind your own f***ing business," said one.

"I’m tired of reading hate tweets about Jesy Nelson I need to speak up because LITERALLY half the fandom is dragging her bcuz of a STUPID issue that makes absolutely no sense AT ALL,’ said another.

One stood up for the pop star: "Jesy Nelson did nothing wrong just bc she listens to one song of a person who has done horrible s*** doesnt mean that she thinks any of that s*** is okay. Someone can listen to a chris brown song that doesn’t mean they think abusing someone is okay."

Mirror Online have contacted a representative for Jesy Nelson. The latest blunder comes just weeks after she shocked fans by posting a video containing a vile racial slur.

She posted an Instagram clip showing her out with friends on New Year’s Eve, but followers were shocked to hear the N-word in the footage.

Jesy, 27, was seen with her pals singing along to music in the back of a car on the way to a party.

One of the group could then quite clearly be heard uttering the n-word on camera. That video has now been replaced with a soundless version.

Fans were stunned to hear the racial slur in Jesy’s video and they flocked to Instagram to complain.