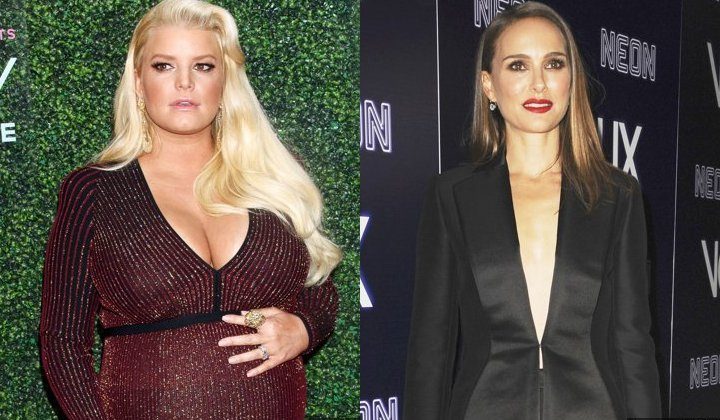 AceShowbiz –
Jessica Simpson apparently is not the type of person who holds her grudges for too long. After Natalie Portman publicly apologized twice for a comment she made about her, the blonde beauty reportedly is glad to learn that and appreciates the brunette for doing so.

According to Entertainment Tonight, Jessica was apparently hurt when Natalie expressed her confusion at the image of the former sporting a bikini while saying ,”I’m a virgin.” However, the “I Wanna Love You Forever” singer was “appreciative that she clarified what she meant by it.” A source noted to the publication, “It’s very important to Jessica to be a good role model and to be supportive of women.”


After Natalie’s interview made its way out online, Jessica was quick to call out her fellow actress through a social media post. “As public figures, we both know out image is not totally in our control at all times, and that the industry we work in often tries to define us and box us in,” she wrote. “I have made it my practice to not shame other women for their choices. In this era of Time’s Up and all the great work you have done for women, I encourage you to do the same.”

It didn’t take too long for the “Black Swan” actress to apologize, clarifying that her comments were more about mixed message in the media than about shaming anyone. She later doubled down her apology by taking to the comment section of Jessica’s Instagram post.

“Thank you for your words. I completely agree with you that a woman should be allowed to dress however she likes and behave however she likes and not be judge,” she said. “I only meant to say I was confused as a girl coming of age in the public eye around the same time by the media’s mixed messages about how girls and women were supposed to behave.”

She continued, “I didn’t mean to shame you and I’m sorry for any hurt my words may have caused. I have nothing but respect for your talent and your voice that you use to encourage and empower women all over the globe.”