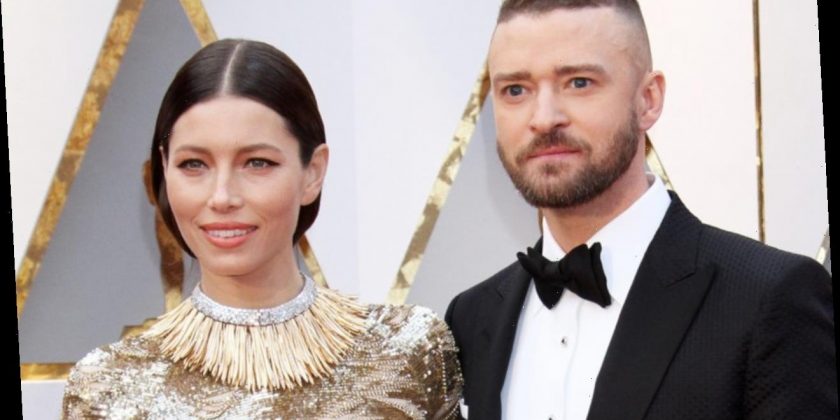 Nearly two weeks after her husband of 8 years announced the birth of their second child, the ‘Limetown’ actress gushes that there’s no one she has more fun with than him in celebration of his milestone.

AceShowbiz –Jessica Biel is showering Justin Timberlake with love on his very special day. When celebrating the 40th birthday of the “SexyBack” hitmaker, the actress portraying Lia Haddock on “Limetown” shared her sweet wishes for her musician husband of eight years on social media.

On Sunday, January 31, the 38-year-old posted on Instagram a photo of her man wearing a crown as he gazed at a big stack of pancakes and fruit. She also added several snaps capturing her sweet moments with the former NSYNC member. In the caption, she wrote, “There’s no one I have more fun with, have more laughs with, feel more deeply for, and have more history with.”

The mother of two went on to add, “I honor you today, baby. And wish you the most creative and fulfilling year to date.” She concluded her loving tribute by wishing her husband a happy birthday as she simply wrote, “Happy 40th, my love.”

Many of Jessica’s famous followers followed her footsteps and sent out birthday wishes for Justin. One in particular was actress Mary Steenburgen who exclaimed, “My love to you both! Happy birthday JT.” Actor Matthew Bomer chimed in, “Happy Birthday @justintimberlake !!” Meanwhile, NFL star J.J. Watt sent out two birthday cake emojis.

Also giving birthday shoutout for Justin was his pal Jimmy Fallon. The late night host turned to his Instagram page to post a clip of an old “Saturday Night Live” sketch in which he and the “Mirror” crooner imitated Bee Gees. “Everyone’s talkin’ it up in honor of @justintimberlake’s 40th birthday!!! Love you brother. #BrothersForever #BroFor,” he wrote in the accompanying message.

Justin’s birthday came nearly two weeks after he confirmed the arrival of his second child with Jessica. During his virtual appearance in the January 18 episode of “The Ellen DeGeneres Show“, he revealed their baby’s name. “His name is Phineas, and he’s awesome and so cute and nobody’s sleeping,” he spilled. “But we’re thrilled. We’re thrilled and couldn’t be happier. Very grateful.”