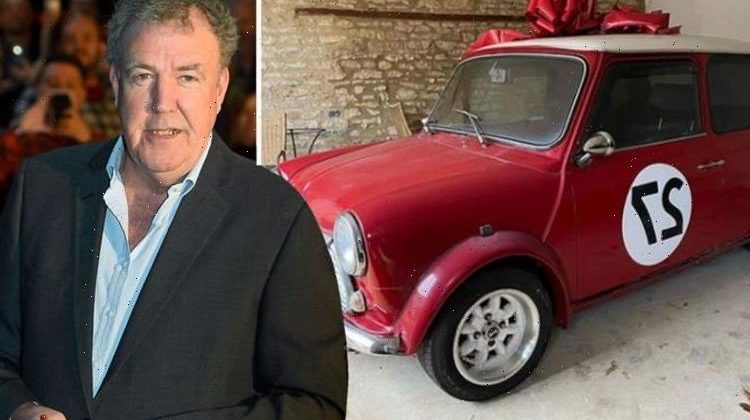 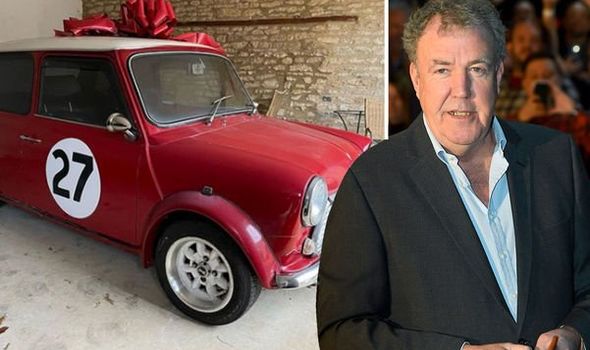 Jeremy Clarkson’s daughter Emily, 27, has gifted him with a red Mini for his Christmas present today. The 61-year-old posted a picture of his new vehicle on his page, which garnered attention from many of his 4.3 million followers.

Alongside the picture, he wrote: “Look what my mad, brilliant and stupidly generous daughter has bought me for Christmas.”

The vehicle was gifted to him with a large red bow placed on the roof of the car to mark the special day.

Many of his fans expressed their thoughts in the comments section, with a number concerned about whether he’d fit in it.

Llewis_stubbs added: “It’ll be tight for you Jezza.”

Timobas commented: “Do you fit?”

Adam Winter also echoed fans’ concerns, adding: “Will you fit in it?”

Others joked that the car would suit his shorter co-star Richard Hammond more.

The Grand Tour star has three children; Katya, Finlo and Emily, with his ex-wife Frances Cain.

Jeremy’s present comes after Emily plugged electric cars on her Instagram page, despite his dislike of them.

Earlier this month, she posed in gym wear as she stood in front of an electric car as part of an advertisement with Ford.

In her lengthy caption, she made points as to why electric cars were better than gas-powered ones.

Emily added: “You have more space because there’s no engine.

“Hahah I’m not even joking it took me ages to clock that we had another boot in the bonnet (AKA the frunk!) because there wasn’t an engine in there!”

Jeremy’s daughter said another perk was how much quieter they were than other cars.

She concluded: “It’s not as much effort as I thought it’d be. In fact, when you get into the swing of things, it’s not really any extra effort at all.

“We are still LOVING the Ford Mustang Mach E, particularly in London, it’s so zippy and economical I’m going to miss it a LOT when it goes!! Electric is so EXCITING!!!

“If you have any specific Qs let me know in the comments!! #rechargeyoursoul.”

The ex Top Gear star has continously said he wouldn’t want to own an electric car as he slammed how long a vehicle could take to charge up.