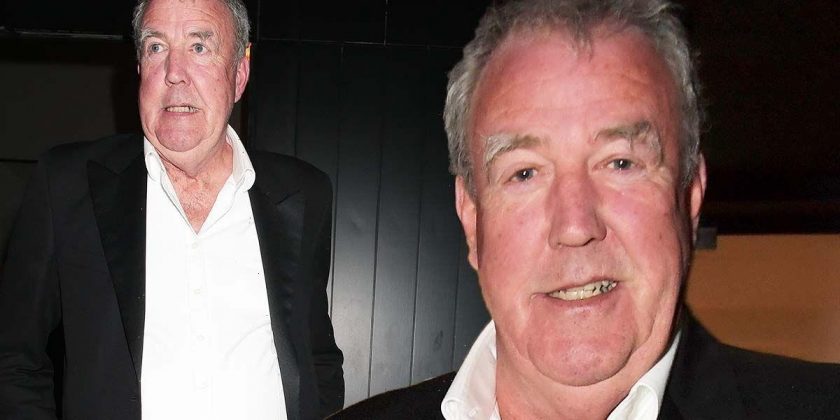 Jeremy Clarkson on being refused planning permission for farm

Jeremy Clarkson, 62, has poked fun at a hoax that posed as the Department of Media, Culture and Sport and claimed he would receive an OBE from Buckingham Palace. The Top Gear star grew suspicious after receiving an “official-looking email” stating he was set to receive the honour.

Jeremy wrote: “There were a couple of things that made me suspicious, though.

“Number one: Why on earth would they give me an OBE? And number two: The email said it was for services to sport.

“What services to sport? Turning up at Stamford Bridge once in a while.”

Jeremy went on to say some “gullible” people might actually take the bait and turn up to Buckingham Palace “in a penguin suit”.

“Imagine their little faces when the guard says they’re not on the list,” he added in his column for The Sun.

Jeremy had previously said he thought it was unlikely he would ever receive a knighthood due to his past actions.

He admitted he was “hardly a model citizen” and thus did not think he would ever get to kneel before Her Majesty at ­Buckingham Palace.

“I’m hardly a model citizen. I just can’t in my wildest dreams imagine anybody’s going to sit there and go, ‘Queen’s Honours, I think Jeremy Clarkson’.

“I just can’t hear those words being spoken in an oak-panelled room in Whitehall. I’d rather it went to a ­lollipop lady,” he told The Sun.

Fans of the Grand Tour star were thrilled to find out that his hit Amazon prime show, Clarkson’s Farm, was renewed for a second season.

However, he has faced some pushback at his Diddly Squat Farm from local planners who blocked his applications for planning permission.

In an interview with TalkTV’s The News Desk, Jeremy said: “I’ve no idea I must have offended the planners in some way in a column I wrote probably 20 years ago and I can’t get planning permission.

“Maybe I should buy an apron and join the Masons.

“I don’t know what you have to do. But I simply can’t get planning permission for anything.

“Which is infuriating, but it’s not just me as it turns out.”

“Farmers up and down the country are saying the same thing,” he continued.

“I’m sure you know the basic farm payment scheme has been reduced dramatically. Right?

“And the government has told farmers to diversify, to think of other ways of making money and not just to rely on taxpayer assistance.”