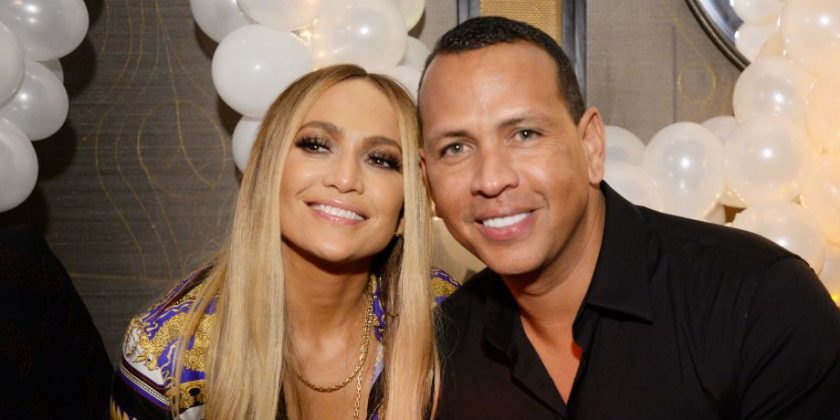 There are a lot of people who are rooting for Jennifer Lopez and Alex Rodriguez to rush down the aisle, and J-Lo knows it.

As fans of the famous couple know, the two seem to be head over heels for one another, often talking about each other in interviews and in posts on social media. Much like Blake Shelton and Gwen Stefani, the pair has become has become somewhat of an infatuation for their adoring fans, many of whom want to see them get married as soon as possible.

As Lopez makes her press rounds for her upcoming film, Second Act, she has gotten a lot of questions about the next step in her relationship — and she understands why. In an interview with USA Today, the singer opened up about her life with Alex, and why she thinks that the public has become so obsessed with them taking their relationship to the next level.

“Everyone wants a fairy tale. They all want a romantic comedy, a happy ending. We all do. But it’s not a movie, even if you see us on Instagram or on the shows.”

But it seems as though Lopez is not going to give into public pressure any time soon. The mother-of-two also told the publication that she is very happy in her relationship with the former New York Yankees star, and right now they’re taking things “day by day.”

Additionally, the singer opened up about combining their families and becoming a close-knit unit. Both Lopez and Rodriguez have two children each. Lopez is mom to 10-year-old twins Max and Emme — and Rodriguez has two girls of his own in 10-year-old Ella and 14-year-old Natasha.

“2018 has really moved us to place where we feel like a real family,” Lopez dished. “That’s nice. And it’s good enough right now.”

And while she is busy balancing her personal life, Lopez is also busy in her professional life. As the actress makes her press rounds for her upcoming film, she has also shared a few projects that never quite came to life. As the Inquisitr reported, Lopez surprised many by revealing that she and Will Smith had lengthy talks about doing a remake of A Star is Born, long before Bradley Cooper and Lady Gaga did.

“It just never took off. Projects are like that.”

But even though the film never ended up working out for her and Will Smith, she is still super proud of her close friend Bradley Cooper. Cooper not only directed the movie, but also starred in it — showing off his singing chops in the process.

Second Act will be released in movie theaters across the country on December 21.