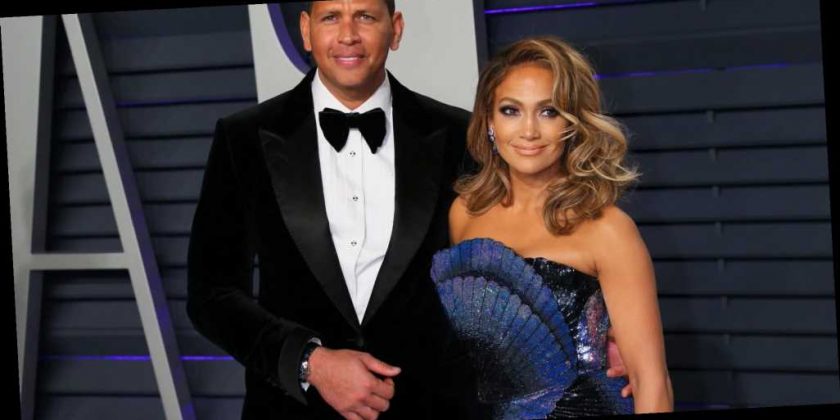 Proving that they're as close to perfect as any couple can be, Jennifer Lopez explained that she didn't hesitate to dress up as Madonna for Halloween, even though it meant that the costume happened to be her fiancé's ex. During an appearance on Sirius XM's Radio Andy, Lopez said that Alex Rodriguez's relationship with Madonna was so long ago that it didn't bother him at all.

Lopez told host Andy Cohen that she wanted to have a big soirée, but COVID-19 restrictions meant that she had to pare down her plans. So, instead of a huge party, she could only have a few people visit — but she said that it didn't stop her from going all out.

"We were planning for this big Halloween party and, as we got closer, they're like, 'No, you can't have it,'" Lopez said. "So, we had like three friends over, four friends. We all got dressed up way too much. My kids were like hiding in the bedrooms. They were like, 'What are you doing?' I dressed as Madonna and Alex, he went as Bruce Springsteen."

When Cohen asked about Rodriguez's reaction to the costume choice, Lopez said that it wasn't an issue, because his fling with Madonna happened "so long ago."

"It wasn't weird at all. I loved it," she said of her Madonna getup, which included the singer's signature rhinestone boy toy belt, lace gloves, and tulle skirt.

Rodriguez reportedly dated Madonna back in 2008, right after his then-wife, Cynthia Scurtis, filed for divorce. Madonna denied that anything had happened, however, releasing a statement that read, "I am not romantically involved in any way with Alex Rodriguez." She was still married to director Guy Ritchie at the time.