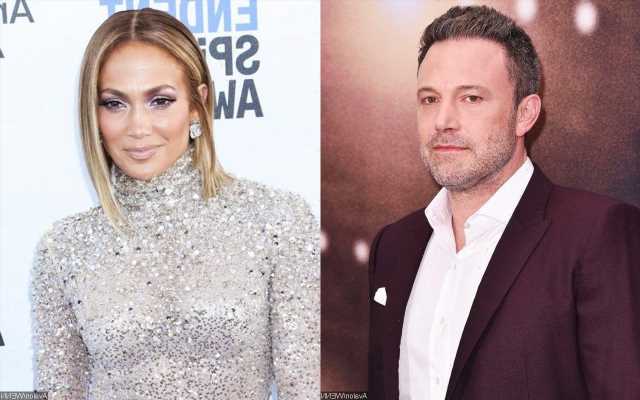 The ‘On the Floor’ hitmaker’s outing with her 48-year-old actor boyfriend arrives after they enjoyed a dinner date at Oliveta restaurant in Beverly Hills for more than two hours.

AceShowbiz –Jennifer Lopez and Ben Affleck are getting inseparable. Several days after returning to the U.S. following their yacht trip in Europe, the “On the Floor” hitmaker and the “Justice League” actor was spotted walking hand-in-hand during a beach date in Los Angeles.

The on-again couple took a romantic stroll in a Malibu beach near Paradise Cove on late Sunday afternoon, August 8. Some photos obtained by TMZ displayed the two being accompanied with a man, who reportedly was a part of their crew.

J.Lo looked elegant in a white slit dress that she paired with a beige belt. Her 48-year-old actor boyfriend, on the other hand, kept it casual in a gray T-shirt, dark jeans and black shoes.

Just one day earlier, J.Lo and Ben were spotted enjoying a dinner at Oliveta restaurant, where they reportedly spent more than two hours from 8:30 P.M. to around 11.00 P.M. In several images unleashed by TMZ, the pair could be seen linking arms as they hit the restaurant.

The outing came after the “Shotgun Wedding” actress and the “Gone Girl” star celebrated her 52nd birthday with a yacht trip in Europe. During the vacation, the pop star made their relationship Instagram official by posting a picture of her sharing a passionate kiss with her beau.

The twosome, who was engaged from 2002 to 2004, first sparked reconciliation rumors in late April, just days after she called off her engagement to Alex Rodriguez. About their romance, a source recently told Entertainment Tonight, “They are both super passionate and are head over heels with each other, just like they once were.”

“This time around, however, they both really feel like this is it,” the source went on sharing. “Everything feels 100 percent natural with them. Once they rekindled, it was like no time had passed.”