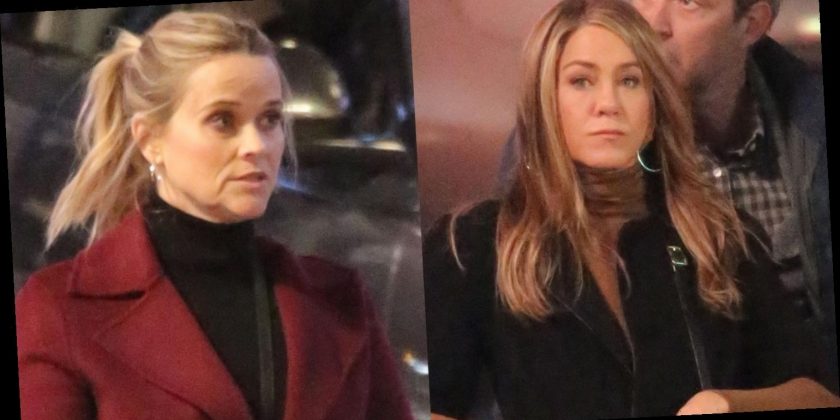 Jennifer Aniston and Reese Witherspoon are hard at work on the new season of The Morning Show!

Jen, 52, and Reese, 44, spent the night filming scenes for season two of their Apple TV+ series on Wednesday night (March 10) in Los Angeles.

For her scene, Reese was spotted wearing a long, maroon coat over a black turtleneck.

Jen sported a black coat while filming with two of her co-stars, including Mark Duplass, who plays Charlie “Chip” Black on the show.

Last month, Reese was spotted filming a scene with this Emmy-winning actress, who just recently joined the cast!

As of right now, Apple has not announced the premiere date for season two of The Morning Show yet.

Check out the latest ‘The Morning Show’ set photos inside…

See even more set pics in the gallery!