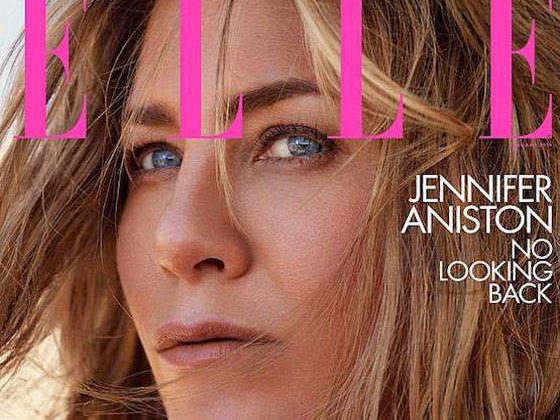 Even though the media loves a good ol’ Poor, Sad Jen narrative, Jennifer Aniston is saying not to cry for her again. Jennifer Aniston doesn’t care if you think she’s struck out 0-2 on her marriages, because that’s not the way she sees it.

While promoting her Netflix movie, Dumplin’ during an interview with ELLE magazine, she gets into all manner of conversation topics. Specifically the ones we most closely associate with tabloid stories of Jennifer Aniston, aka failed marriages and kids. First, the kids. Jennifer will turn 50 in two months. She’s got a huge mansion. She’s at a point in her life where if anyone is going to spill something on her expensive rug, it’s going to be herself on an out-of-control Rosé Tuesday with her friends. But she kind of keeps the door open for a potential Aveeno Baby sponsorship.

“Some people are just built to be wives and have babies. I don’t know how naturally that comes to me. Who knows what the future holds in terms of a child and a partnership – how that child comes in…or doesn’t?”

Speaking of marriage, Jennifer says she was never the type of little girl to parade up and down her house in a makeshift bedsheet gown and veil. Probably because her parents divorced when she was little and she wasn’t about that life.

“I also was never a kid who sat around and dreamed about a wedding, you know? Those were never my fantasies. When I was first popped the question, it was so foreign to me. My priorities weren’t about finding partnership and who am I gonna marry and what am I gonna wear on my wedding day. I was building houses with shoe boxes and toilet paper and felt. It was always about finding a home that felt safe. And I’m sure, because I was from a divorced-parent home, that was another reason I wasn’t like, ‘Well, that looks like a great institution.’”

When she married Brad Pitt in 2000 and Justin Theroux in 2015, it sounds like she went into both with zero expectations. So to her both marriages exceeded said expectations, and they were both successful because she left when she wasn’t happy anymore.

“I don’t feel a void. I really don’t. My marriages, they’ve been very successful, in [my] personal opinion. And when they came to an end, it was a choice that was made because we chose to be happy, and sometimes happiness didn’t exist within that arrangement anymore. Sure, there were bumps, and not every moment felt fantastic, obviously, but at the end of it, this is our one life and I would not stay in a situation out of fear. Fear of being alone. Fear of not being able to survive. To stay in a marriage based on fear feels like you’re doing your one life a disservice.”

I wonder what fears she’s talking about? Probably the fear that if she stayed any longer with Brad Pitt, she’d wake up one night to find the terrifying image of Angelina Jolie skulking about the bushes with an overnight bag, hollering: “So can I move in yet or what?”

And here’s Aniston at last night’s L.A. premiere of Dumplin’: