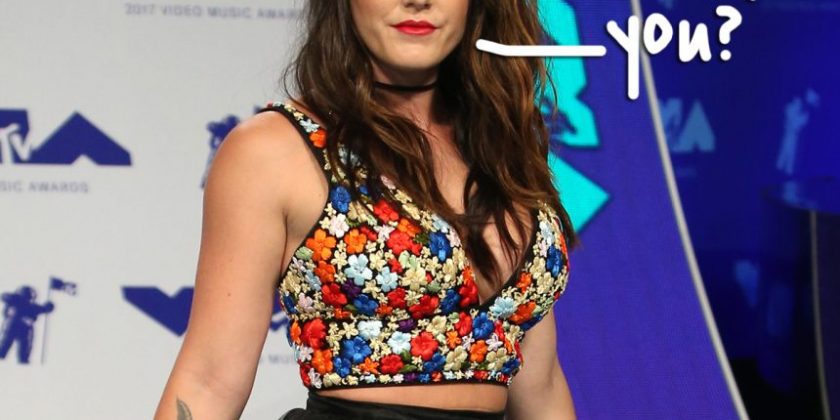 It’s been a week of very bad news for Jenelle Evans.

The former Teen Mom 2 star is reportedly distraught over MTV’s decision to fire her from the beloved reality series, one week after her husband David Eason apparently confessed to shooting and killing her dog Nugget because it “snapped” at their 2-year-old daughter Ensley.

As we reported, the cable network revealed on Tuesday that it was severing all ties with the mother-of-three and had “no plans to cover her story in the upcoming season.” The news came as an unpleasant surprise to the 27-year-old, who is said to be “shocked” and “really upset” by MTV’s decision.

According to an Us Weekly source, the decision “was given to her suddenly after a lot of back and forth with MTV.” A separate source told ET that the news came as Evans was having ongoing conversations with production over the last several weeks about her future with the network and the Teen Mom-verse.

ET’s insider explained that the TV personality was just as blindsided by the firing as she was by Eason allegedly brutally beating and killing her beloved pet, noting that the star was “crying when she found out about being fired” because “MTV made the statement before letting her know.”

In the meantime, the source adds, Jenelle is said to be “focusing on what’s best for her and her kids” — but that doesn’t mean she’s stepping out of the spotlight for good. The insider warned:

“This isn’t the last you’re going to hear from Jenelle. She going to stop.”

No, Jenelle’s certainly no quitter. Not even when it comes to her volatile marriage, apparently…

The source adds that, while the author was “very much considering divorcing” Eason in the days following the shooting, the two are very much still together and are now “considering marriage counseling.”

Attempting to work things out with her violent gun enthusiast husband likely stems from Jenelle’s efforts to “do what’s best for her and her kids”: two-year-old Ensley, four-year-old son Kaiser with ex Nathan Griffith, and nine-year-old son Jace with ex Andrew Lewis.

It’s easy to say Evans should run far away from Eason, but domestic situations like these can be complicated — and MTV certainly didn’t make the situation any easier by firing her.

What do U think the embattled star should do??