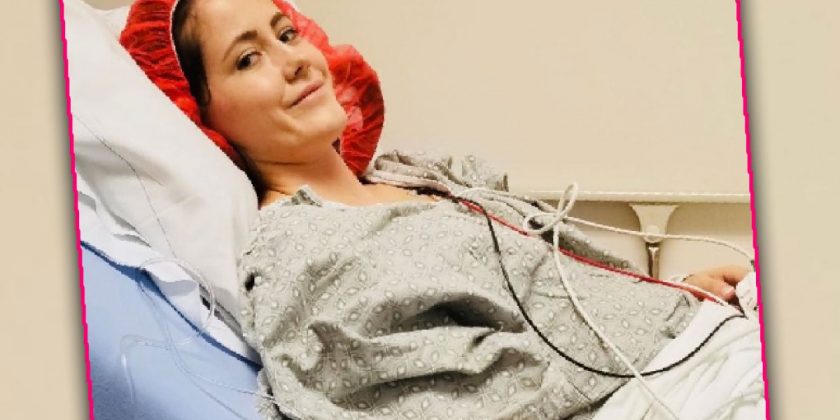 Jenelle Evans posted about her health trouble on Instagram Stories on Friday, December 21.

Just before Christmas, the Teen Mom 2 star, 27, revealed that that she was in the hospital with “biopsies everywhere.”

She was lying in a hospital bed and wearing a gown and cap with tubes hooked up to her.

Evans didn’t say what was wrong with her, but in 2017, she said she had some potentially major health issues after the birth of her third child, daughter Ensley, by husband David Eason.

The reality TV star said that she had received three epidurals in her lifetime and feared she may have had some serious nerve damage after the last one. Evans then tweeted that her pain could be due to scar tissue at that time.

As Radar reported, she also underwent sinus surgery in October 2018. Evans’ new hospital stay comes after huge drama this week for her and Eason.

She was caught burning the gift co-star Kailyn Lowry got her in an attempt to end their longtime feud.

Columbus County police exclusively told RadarOnline.com exclusively that Evans broke the law when she set Lowry’s hair products—given to her as a peace offering—on fire.

According to North Carolina state law, it “is always illegal to burn trash and other non-vegetative materials. Leaves, branches and other plant growth can be burned under certain conditions.”

As Radar readers know, Evans took to Instagram and posted a video of the burning, letting Lowry know she wasn’t forgiven. She poured gasoline on the three highly inflammable hair products and said, “Hey Kail, this is to your peace offering,” before lighting the products on fire.

Plus, police were called to her Evans’ home Friday morning, after her mom locked her own keys inside the car.

Eason, 30, was under investigation for towing the truck from its parking spot because he believed the vehicle was preventing him from getting to his boat.

He even shared a video online taken by Evans on Wednesday, December 19, of him towing the truck with his own vehicle.

Radar learned that the reality TV husband, who was fired in the wake of homophobic remarks, won’t face any police charges for the towing but the victim in the case, Terry Hill, is planning to press charges against him!

Hill explained to local news, “I went home last night, and I was talking with my wife, and she says, ‘Somebody has to stop this guy,’ and the viewers that we talked to on her computer, they said, ‘Y’all need to press charges,’ and so I decided I would.”

Now, Evans is hospitalized with a health issue.

Keep reading Radar for updates on the couple!