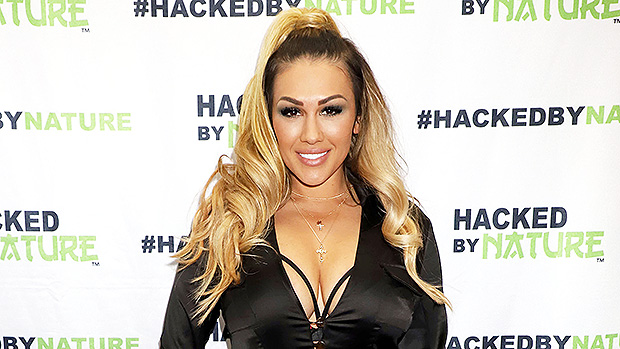 Ronnie, who? Jen Harley stunned on the red carpet in Las Vegas this weekend and seemed totally unfazed by her drama with Ronnie Ortiz-Magro!

Jersey meets Vegas! Jen Harley, 31, look totally glam on Saturday evening in Las Vegas when she hosted the grand opening of Hacked by Nature, a new clothing store. Rocking a satin black jumpsuit with ample cleavage and a half-up, half-down voluminous hairdo, Jen smiled for the camera as if she hadn’t a care in the world. She took to Instagram to document the evening, as well, writing, “Such an amazing place!” while showing the new store in Sin City. Of course, it isn’t true that Jen is carefree as she has ongoing issues with on-again, off-again boyfriend Ronnie Ortiz-Magro.

As previously reported, Ronnie, 33, filed a battery report against Jen earlier this month, claiming she allegedly threw a glass ashtray at him on New Year’s Eve, during an ongoing altercation at the Hustler Club in Las Vegas around 2 a.m. “Ronnie and Jen got into a fight on New Year’s Eve,” an insider told Us Weekly of the situation. “They broke up before New Year’s Eve, got back together right before then and got in a big fight on Monday night …They’re currently broken up. But it’s the same story every time: They are together, they fight, they break up and then get back together.” As the days of fighting and social media accusations continued, another source told HollywoodLife EXCLUSIVELY, “Ronnie’s absolutely heartbroken right now. He’s dealing with a lot of emotions and all, but his biggest regret in all of this is what it will mean for his daughter.”

The couple, who have both accused each other of domestic battery in the past, share a 9-month-old, Ariana Sky. While neither have spoken out on the allegations, Jen seemed to blast Ronnie in an Instagram post on January 9 after he filed the battery report against her. “A narcissist’s response to your truth is filing a police report against you or taking you to court for the very things you are guilty of,” she wrote in the scathing post. We’ll just have to wait and see if these two are done for good this time!