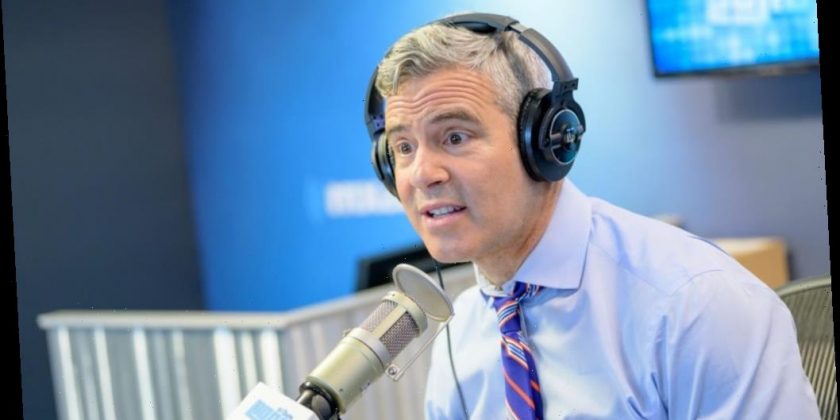 Jeff Lewis and Andy Cohen are friends, and like many friends, they sometimes experience a communication breakdown. During a recent conversation on Andy Cohen’s SiriusXM radio show, the Watch What Happens Live host confronted the Flipping Out star about how he responded to the birth of Cohen’s son. Meanwhile, the reality TV star took Cohen to task for some comments the Bravo producer made regarding Lewis’ ex Gage Edward.

The arrival of a new baby is a big deal. So it’s not a huge surprise that Cohen was a little miffed that Lewis didn’t reach out with his congratulations after his son Benjamin was born in February.

“I thought it was odd that I never heard from you after the birth of my child,” Cohen said.

Lewis protested that he had reached out to ask if Cohen wanted a gift. But the Real Housewives producer said that wasn’t the case. “[Y]ou didn’t reach out. Look at our text history,” he said.

“I am so sorry if I didn’t, but you were always in my thoughts and I did ask to send a gift,” Lewis replied.

In Lewis’ defense, he was going through a lot around the time that Cohen’s son was born. He’d just announced his split from Edward, his partner of 10 years and with whom he shares a 2-year-old daughter named Monroe. Perhaps sending the congratulatory text slipped his mind.

Lewis went on to admit that he was shocked when he learned that Cohen was having a child.

“Okay, I’m going to be honest with you, I was a little shocked when I found out you had a baby,” he said. “You were kind of the last person on earth that I thought, at this stage, would have a child.”

The 49-year-old went on to explain that he wasn’t offended that he didn’t find out that Cohen was now a dad until the public announcement, admitting he has “a big mouth” and “can’t keep a secret.”

For Lewis, the biggest shock was that Cohen would choose to be a solo parent.

“I was just surprised you were having a child because doing it on your own is so brave, and it’s not something I ever would have been able to do on my own,” he said.

Lewis had a bone to pick with Cohen

While Cohen was offended that Lewis ignored the birth of his child, the latter had his own issues with the talk show host. Specifically, he was upset that Cohen continued to joke about wanting to date Edward even after he and Lewis split.

“You used to joke a lot about wanting to date Gage,” said Lewis, who went on to explain that while he was OK with those jokes while he and Edward were still together, they weren’t as funny after the couple’s painful breakup.

Cohen claimed he’d stopped making cracks about hooking up with Edward, but Lewis said that wasn’t the case.

“You kept going with it … It was different when we were dating and you would joke, but now that we’re not together and it was a tough breakup — I just wanted to say that I prefer you not to say that,” Lewis said.

Cohen apologized for making light of the matter and clarified that he wasn’t interested in Edward. “I’m sorry that I did [that],” he said, adding that it would be “diabolical” to go after his friend’s ex.