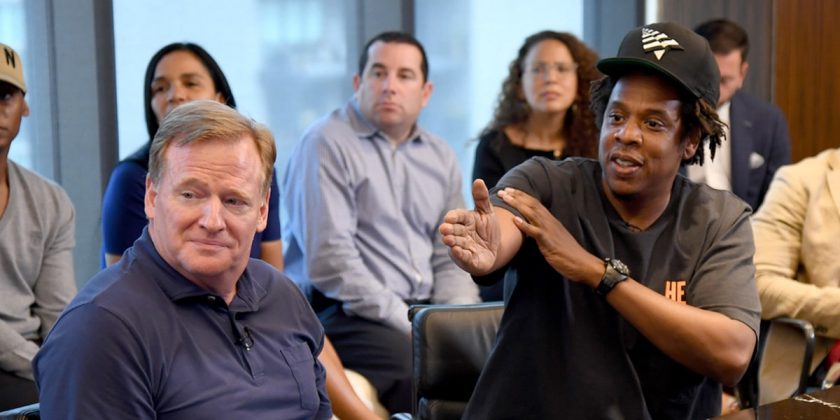 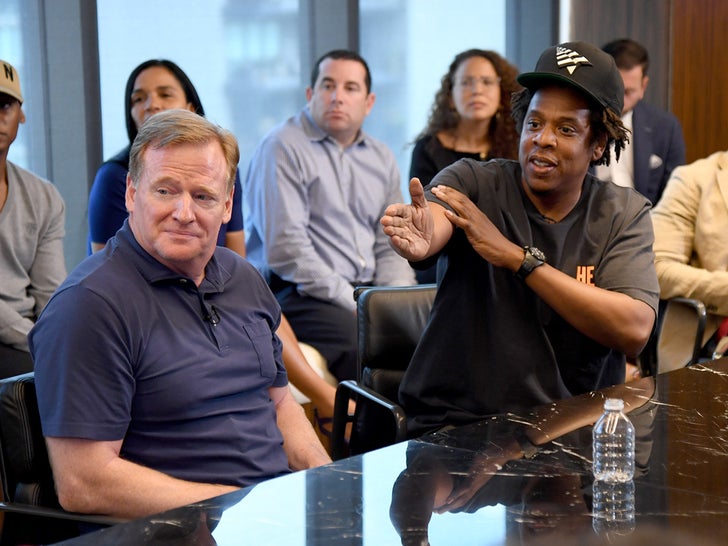 11:38 AM PT — Colin Kaepernick’s attorney, Mark Geragos, says despite what Jay claimed in the meeting, Kap did NOT talk to Jay-Z prior to partnering with the NFL.

Jay-Z talked to Colin Kaepernick ahead of signing his new partnership with the NFL — according to reports — but the rap mogul said his deal with the league goes beyond Kaepernick’s kneeling protest.

Some thought Jay — by signing on to help the NFL with entertainment and social justice issues — was undercutting Kap’s cause … but both Jay and NFL Commissioner Roger Goodell addressed that Wednesday at Roc Nation’s NYC offices.

The two men sat next to each other and discussed the partnership with about 30 invited media members. Referring to Kaepernick and other NFL players kneeling during the anthem, Jay said … “I think that we forget that Colin’s whole thing was to bring attention to social injustice so in that case this is a success — this is the next thing. There’s two parts of protest: the protest, and then there’s a company or individual saying ‘I hear you, what do we do next?’ For me it’s about actionable items, what are we gonna do about it?” 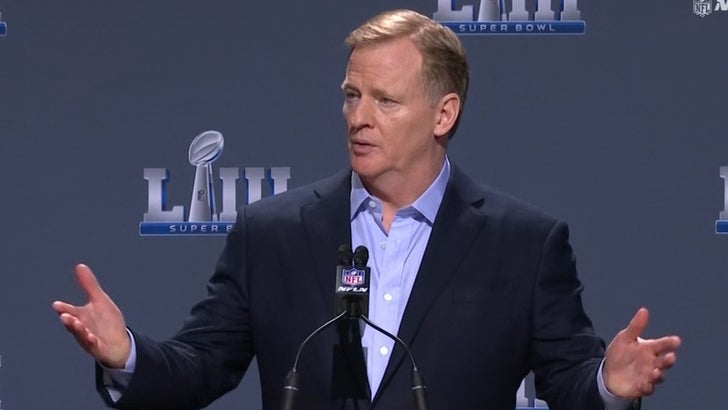 As you know, Kaepernick still doesn’t have a job in the NFL, and Goodell was asked if he’s been blackballed. He said “any team” can sign him. Both Jay-Z and Goodell said they had spoken to Kaepernick ahead of Tuesday’s announcement they’d be teaming up. However, neither would reveal what Kaepernick said. 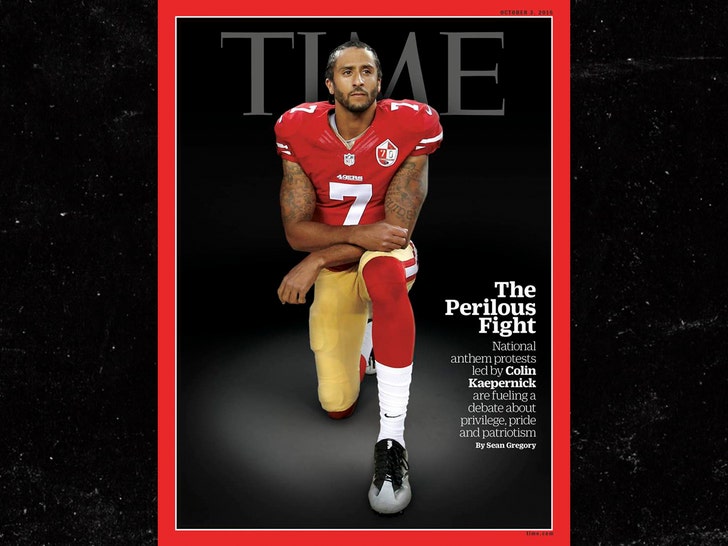 As far as whether Kapernick would be involved in the partnership — where the NFL will support Jay-Z’s social justice cause and Jay will produce the Super Bowl Halftime Show — Jay said, “You’ll have to ask him, I’m not his boss. That’s for him to say.”

Goodell and Jay seemed like an old friends … shaking hands and laughing through the event.

We’ve reached out to reps for Kaepernick to see if he has any reaction to Jay’s sit down with the NFL Commissioner.

By the way, the NFL and Roc Nation only allowed one still photographer in the event. The NFL shot the only video which it plans to release later Wednesday.