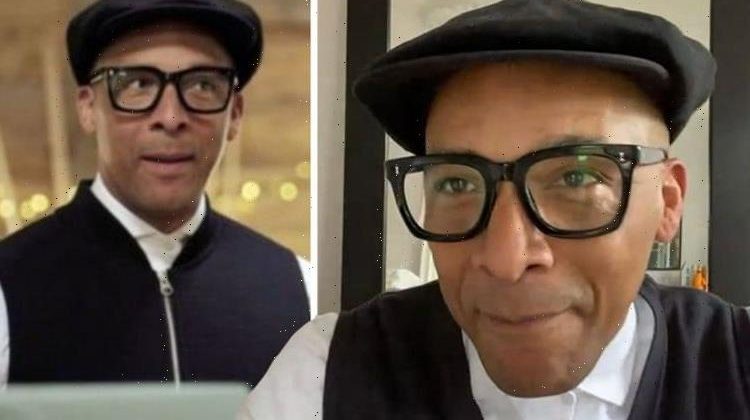 Jay Blades, 51, revealed his inspiration for appearing on Strictly Come Dancing’s Christmas special this year is none other than Del Boy from Only Fools And Horses. Portrayed by acting legend David Jason, The Repair Shop star admitted he relates to the Peckham underdog in lots of ways.

He and professional dancer Luba Mushtuk, will be dancing to the theme tune of the hugely popular sitcom during the special episode.

In a new interview ahead of his performance, Jay explained: “Only Fools And Horses is all about the underdog, and that’s how I felt when I was growing up in a poor part of Hackney.

“He was an underdog being brought up in a poor part of Peckham.

“But you watched the antics of Del Boy and Rodney and Uncle Albert, and there was hope.”

He recalled: “Del would say to Rodney, ‘This time next year, we’ll be millionaires’.

“It just related to me as a young guy growing up in London at the time.”

The festive special is set to air on Christmas Day, and Jay has been putting in a lot of work behind the scenes.

The participating celebrities and their pro partners began filming at Elstree Studios on 7 December, with the star-studded line-up each competing to become the new champion.

But Luba admitted Jay has been having difficulty performing a particular move.

It comes after they sat down for a joint interview, where the TV star confessed that he is unable to dance outside of “dad dancing”, recalling how his family laughed when they found out he was going to feature on the Strictly spin-off.

“Cor blimey, they couldn’t believe it, they laughed,” he remembered.

“I can do the Dad Dance, but I can’t dance formally!”

Despite his two left feet, he wouldn’t let them hold him back as he explained he really enjoyed practising the routines and the challenge of learning new dances.

But Luba confirmed that he’d had a difficult time adjusting to a more formal dance routine.

She said: “There is a part of the choreography where he needs to push off of me, and he has such a hard time doing it as he says I am a lady!

“But it has been wonderful.”

She described him as “a joy to be around” and a “pleasure to work with”.

The dancer also added that Jay was a “great student” and that she “adores” him.

Currently, the line-up includes Jay, former Bake Off presenter Mel Giedroyc, Maître d’hôtel Fred Sirieix and newsreader Moira Stewart, popstar Anne-Marie and broadcaster Adrian Chiles, who will be taking to the ballroom to show off their skills.