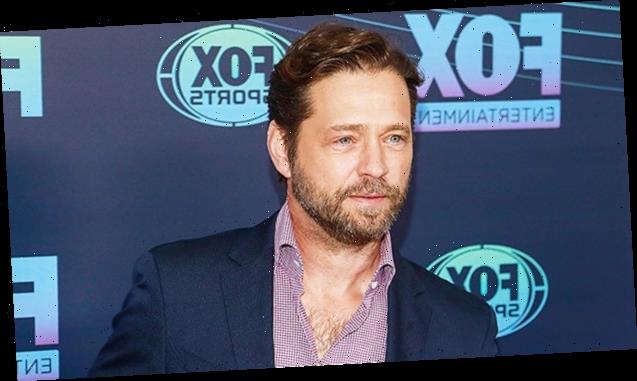 Jason Priestley also dished on how he feels about his teen heartthrob past since hitting the big 5-0 in August!

Jason Priestley, 50, isn’t phased by the cancellation of re-boot BH90210. “It’s the business of show, right?” Jason spilled to HollywoodLife in an EXCLUSIVE new interview. “It’s not the first show I’ve been on that’s been canceled, and I’m sure it won’t be the last. So, I just, you know… It’s show business. It’s just the way it goes,” he added. Fans were disappointed to learn that FOX wasn’t bringing the summer mini-series, which was executive produced by Jason’s co-stars Tori Spelling and Jennie Garth, back for a season 2.

“We’re all cagey old veterans,” Jason continued. “We’ve all been doing this a long time. And, I think everybody understood the decisions that were being made, and why they were being made. I mean, it was easy for me. I was already working on my other show, right? It was what it was, for me. And, as for everybody else, you sort of have to check in with them.” The show was a unique twist on the original teen drama, which later continued with the CW spinoff 90210, in that the characters were playing heightened versions of themselves trying to make a re-boot happen. While some appreciated the tongue-in-cheek approach, others were keen to see their old faves back as the characters that made them famous!

Speaking of the original version of the show — which ran from 1990 to 1999 — Jason revealed he still has a special place in his heart, despite it being so many years ago. “I feel so far removed from it now,” the Vancouver, BC native added. “It feels like that was a whole other lifetime ago. To know that I had that importance in those people’s lives, it’s nice. And, to know that I didn’t screw it up too badly, is very gratifying.”

While BH90210 won’t be returning, Jason confirmed that the tight-knit crew — who have known each other for nearly three decades — still keep in touch regularly. “We all communicate via text a lot. To be perfectly honest, it’s a lot of texting,” he added. We hope to see the gang reunited on another project soon!