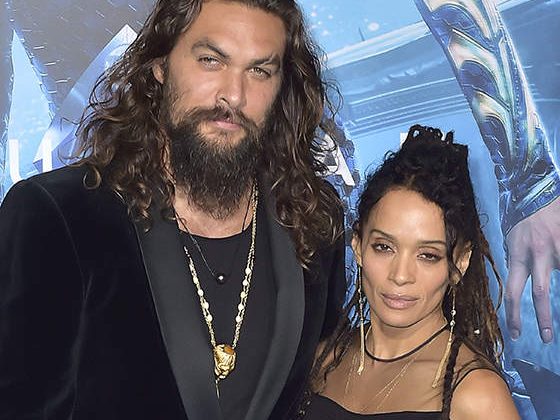 39-year-old Jason has played Aquaman twice now–once in Justice League and now in his standalone film which is coming out this week and he’s been premiering all over the place–and he’s expecting to be playing him a lot more. He told the Telegraph:

“I am going to be playing this guy for a while and I don’t want to wear a wig. I think we are good for the next two years.”

Wooh, chile: please do not get a wig. Oh lord! Do not let them ever try to make a wig recreating this man’s hair. This is natural beauty and a wig will only come off looking like when Carrie Bradshaw “dyed” her hair in the Sex & The City movie. Less Aquaman more Midlife Crisis. But his job ain’t the only reason. Apparently his wife, 51-year-old Lisa, is a freak-a-leak and she likes having something long to hold onto. Same, girl.

“My wife would leave me if I cut my hair so I just don’t cut my hair… I am not cutting my hair for a while, I will tell you that much.”

Can you imagine having a man who looks like Jason Momoa and who will also do whatever you tell him? She has Aquaman in check! Who’s that woman making Aquaman do trick flips in the ocean with the dolphins? Miss Lisa Bonet! Someone get her a wetsuit and a residency at SeaWorld.

Here’s Jason at the Sydney premiere of Aquaman.