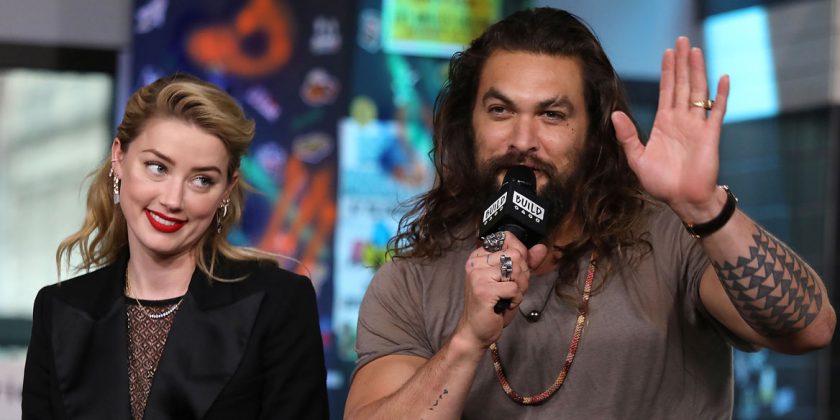 Jason Momoa and his Aquaman co-stars, Amber Heard and Patrick Wilson, along with director James Wan sit down for an interview with the Build series on Monday (December 3) in New York City.

The 39-year-old actor seemed to have a great time during the interview and even let his hair loose – literally! See the photos in the gallery below.

During a recent interview, Jason revealed that he actually auditioned for the role of Batman in the DC Universe originally. The role eventually went to Ben Affleck.

He spoke about the audition, saying, “Yeah I kind of visualized, because it was a generic kind of just general scene from the Christian Bale movie The Dark Knight and I just, it was a big casting call so I knew a lot of people were going to be doing it and I just felt like it was a booby trap and I just didn’t want to do it.”

Jason continued, “So, we did it and I just pretended like Batman got killed in an alleyway and I picked it up and tried to play him like I was just down and out, poor, over it, just done wrong and he wasn’t afraid to punch even good people in the face. And just go like unforgivable about certain things but also like flawed, like the kind of person who would jump off a cliff and figure out on the way down what we’re going to do.”

“So, they liked that and then I got called in about probably two to three weeks later and that’s when [director Zack Snyder] laid it down and said ‘I want you to play Aquaman’, which was completely like ‘Excuse me?’” he added.