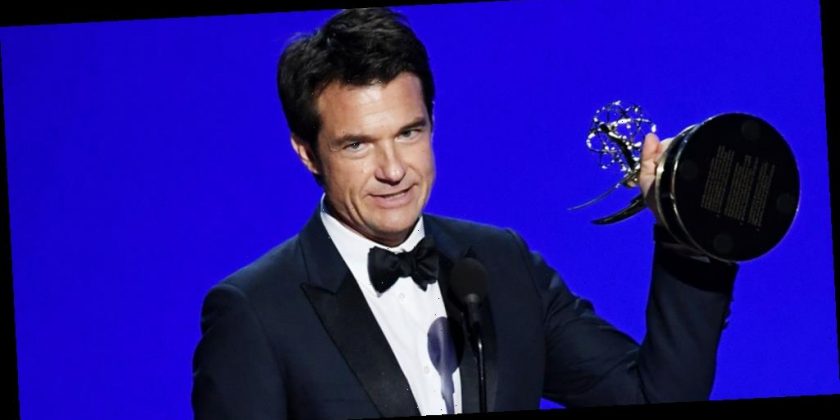 While the majority of the 2020 Emmy Awards are virtual with stars at home, there are some who actually came in person to the show – and one of them was Jason Bateman!

The Ozark actor is actually up for an award tonight – Outstanding Lead Actor in a Drama Series – was was seen sitting in between cutouts of fellow nominees Hugh Jackman, Sandra Oh and many others in the empty theater.

It was announced earlier this year that Jason was one of the many celebrities making special appearances at the virtual event, hosted by Jimmy Kimmel.

Last year, Jason picked up the Outstanding Directing for a Drama Series award for his work on Netflix’s Ozark.

If you missed it, over the weekend Jason was part of a little snafu during the Creative Arts Emmys. See what happened here…

Stay tuned for the video moment of Jason‘s surprise appearance!