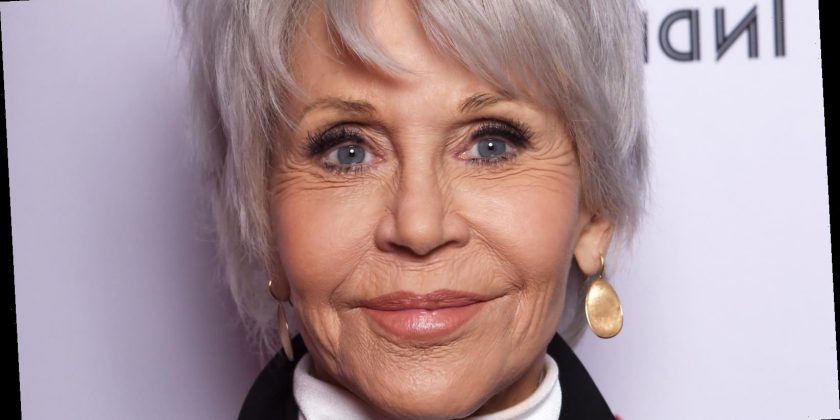 Besides being an iconic actor, Jane Fonda is known for her honesty and shameless support of the things that she loves. After all, she did move to Washington, D.C. just to fight against climate change and looked prouder than ever when she got arrested while protesting outside the U.S. Capitol building week after week at the end of 2019. “Why be a celebrity if you can’t leverage it for something that is this important?” she told The New York Times in November 2019 about her protesting.

The 9 to 5 actor is in her “third act” and is constantly learning and evolving, as she stated to Harper’s Bazaar in a March 25, 2021 interview. Reflecting on her relationship with her ex husband, she said, “Ted Turner said to me, ‘People shouldn’t change after 60.’ And I said, ‘Then we’re in trouble.'” Finding new interests such as climate change isn’t the only part of Fonda’s third act — learning about herself and her power is another aspect of her continuous self and world exploration. “Power has to come from inside. It has to come from knowing who you are, why you’re on earth, what is the meaning of your life. That’s power,” she said.

Fonda has certainly done a fair amount of self reflection, and another thing she said she has learned is how she is as a romantic and sexual partner. However, her quip about her personal life is raising eyebrows. Here is what she said.

“I don’t want to be in a relationship, a sexual relationship, again,” Jane Fonda told Harper’s Bazaar in her cover story for the magazine. “I don’t have that desire. Do I fantasize? Yes … That I meet a professor or a researcher, somebody in that line who is really capable of loving, of cherishing a woman, so that I could test myself and see if I could show up.” Fonda later explained in the interview that she previously chose men who wouldn’t “show up” so she did not have to herself.

However, Fonda did admit she has one specific rule if she were to jump into a relationship, and it’s raising some eyebrows. “I think maybe now I could [show up], but the problem is that, like a man, I would want a younger man. Isn’t that awful? It’s a thing about skin. I would want a younger man, and I’m too vain,” she admitted. “I’m being perfectly honest,” she added. “I wish that wasn’t true.”

Her words definitely caught the attention of the internet, and as always, it reacted. “Isn’t just about everyone younger to Jane?” one person asked about the actor, who was born in 1937. Another person quipped, “big day for men younger than jane fonda!” Meanwhile, another Twitter user was excited about her frank admission. “Jane, JANE! Show up!!! Do it!!! Go for it!!!! Get the younger guy!!!! For all of us!” they said.