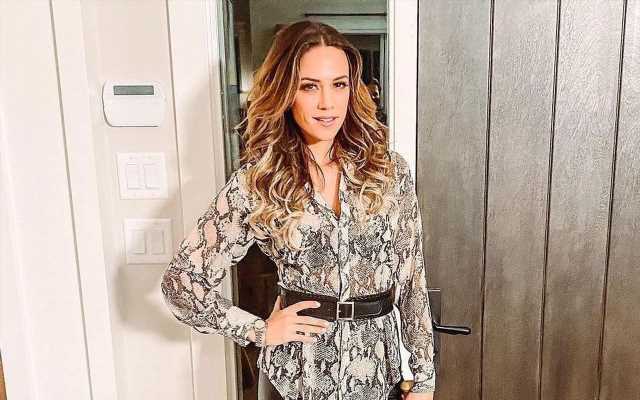 The divorce battle between the ‘One Tree Hill’ alum and her estranged husband leads to a temporary restraining order that bans them from speaking disparagingly about each other to their kids.

AceShowbiz -Singer/actress Jana Kramer and her estranged husband Mike Caussin have been banned from speaking disparagingly about one another to their children as part of a temporary restraining order tied to their divorce.

The former “One Tree Hill” star pulled the plug on her troubled marriage on 20 April (21), citing “inappropriate marital conduct, irreconcilable differences and adultery” in her Tennessee court filing, amid reports suggesting Caussin had cheated on Kramer again, almost five years after a sex addiction scandal rocked their relationship.

The exes share two young children, and according to legal papers obtained by Us Weekly, the divorce process automatically prompted a court official to issue a temporary restraining order against the pair, forcing them to abide by a series of strict conditions, as per state law.

The ban forbids the stars from harassing, threatening, assaulting, or abusing their spouse, talking about their spouse in a “disparaging” way to, or in front of, their children and/or employers, or move their kids out of Tennessee or “more than 50 miles away from the marital home” without prior permission from a judge.

The former couple must also avoid hiding or destroying any evidence stored on a computer hard drive or memory storage device, or do anything to any marital property that diminishes its value.

The news emerges a day after TV personality Brooke Burke filled in for Kramer and Caussin on the latest episode of their “Whine Down” podcast, on which they had chronicled their relationship highs and lows.

On the show, released on Monday (26Apr21), producer Mark Mohelnitzky admitted he was shocked to learn of their impending divorce.

“I was stunned when I heard the news…,” he told listeners. “It’s been years of a podcast with these two arguing, bickering, struggling through their relationship, but I really thought they had turned a corner.”

“I really thought that Michael had reached a point in his therapy that he was past what he is being said to have done.”

Caussin has yet to comment on the divorce or infidelity rumours.

She also wants the judge to enforce the postnuptial agreement they signed after tying the knot in 2015.