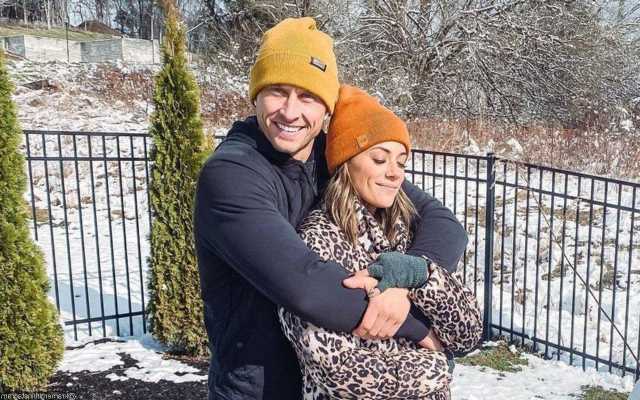 After sparking dating speculations for weeks, the 38-year-old country singer has finally introduced her new boyfriend Ian Schhinelli who helps her heal following her split from Mike Caussin.

In her new post, Jana shared a slew of pictures of her and her fitness trainer beau. One of them saw the duo getting cozy by the beach, while one other featured them locking lips while boarding the yacht.

The new couple was also seen embracing each other while on the kitchen and giving each other warmth when they were outside during winter. The post also included a video of Ian preparing food for them with his abs on full display.

“Sometimes you just have to stop fighting it and listen to your heart. I don’t know what the future holds and honestly who does…,” the “One Tree Hill” alum wrote in the caption. “Everyday I continue to heal and I know there is still lots of work to do, but damn it feels really nice to find happiness along the way.”

She continued gushing over her boyfriend, “To find someone who doesn’t look at your scars as a challenge or problem but rather helps you hold them and stands there to encourage you with love, strength and empathy along the way.”

Prior to this, Jana addressed speculations about her dating life on her iHeartRadio “Whine Down” podcast. Of being bombarded with questions about her romance life, the 38-year-old said in the January 9 episode, ” ‘New man, happy for you!’ ‘Who’s the boy?’ ‘Is he your boyfriend?’ ‘Who’s the guy in your Stories?’ ‘Hope he’s your guy and makes you happy.’ ‘Who’s the guy you’re hanging with?’ “

Jana also admitted that following her divorce from Mike Caussin in 2021, she was “scared” to be open about her romance. “Dating is scary,” she shared at the time. “It’s a scary world out there. It’s very scary. I’m scared, I’ll say that.”

Jana filed for divorce from Mike in April 2021 after six years of marriage. The now-exes share two children, Jolie (5) and Jace (3).